Undeterred by Covid, ed-tech brands put best foot forward to make the most of IPL 2021

With ed-tech startups doubling down on their marketing and advertising expenses, BestMediaInfo.com brings forth the campaigns these brands have launched during this IPL 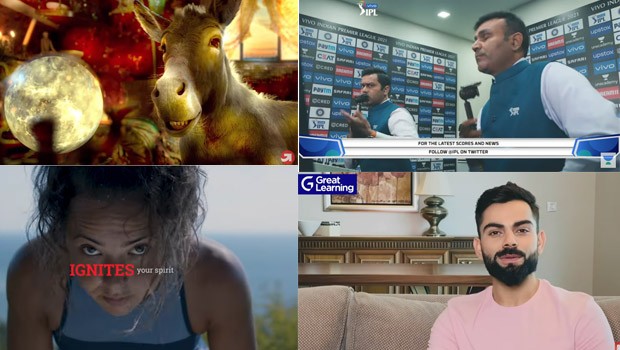 The economic turmoil created by the Covid-19 pandemic hasn’t restricted ed-tech brands from allotting a major chunk of their marketing budgets to the Indian Premier League (IPL) 2021.

In order to grab the maximum attention of consumers, several ed-tech brands have already launched their campaigns during the current IPL.

IPL is a sport where brands spend big bucks to make the most of the massive viewership even though it is one of the most expensive properties.

Here are some campaigns created by ed-tech platforms such as Unacademy, upGrad, Hero Vired and Great Learning:

After its last year’s successful campaign that featured a donkey, upGrad has launched the second leg of the ‘Sirf naam ki nahi kaam ki degree’ campaign, reintroducing the donkey in a new avatar of a feisty fortune-teller. The ad puts across the message that specialisation and up-to-date degrees are need of the hour. Conceptualised by The Womb, brought to life by Prakash Varma (Director, Nirvana Films), enacted by national award-winner Riddhi Sen, and released during the appraisal season, the film reminds the working professionals how the right specialisation can help one get salary increments, as high as 50% — which is the average hike received by learners who got a career transition on completion of an upGrad course. The donkey’s character was built entirely through CGI by Cirqus Studios. It took two months to work on the textures, nuances, and facial contortions in order to achieve the level of finesse.

Unacademy IPL 2021 campaign is in the form of a hijack of the commentary box. The TVCs, which were in the form of casual commentary box banter, were released during KKR’s match with Mumbai Indians on April 13. The ads, having a match-like setting, feature candid conversations between commentators Harsha Bhogle-Sunil Gavaskar and Aakash Chopra-Virendra Sehwag. The 15-second TVCs will appear at the end of ad breaks and start with footage from the match, giving the audience the impression that the match has resumed. When the scene cuts to the commentators in the commentary box discussing the match with subtle references to Unacademy and ends with a single shot of the Unacademy banner on the ground.

In keeping with the precedent, the Indian Premier League has been witnessing a series of innovative brand campaigns but Unacademy decided to buck the popular trend and introduce a campaign that integrated the brand with the tournament without a conventional advertisement. Unacademy is the official partner for the Indian Premier League for three seasons. During its first year of the association last year, Unacademy released a film titled ‘Cracking the Game’.

Hero Vired’s campaign ‘Be made for big things’

The Hero Group announced the launch of a new ed-tech company, Hero Vired, with a brand campaign ‘Be made for big things’ on social media and OTT platforms. The campaign captures the ideology and vision of the ed-tech venture in the powerful voice of actor Ashish Vidyarthi. The campaign is designed to showcase the importance of an end-to-end learning ecosystem for today’s workforce, for overall professional development and be industry-ready for emerging jobs and professions. The brand campaign highlights that inside all of us, there is an aspirer who never settles for anything but the best. The campaign talks about how individuals have plans for their future that are larger than life, pushing them to try newer frontiers. It is often this drive that sets them apart from the crowd. The film is created by AVDS.

Great Learning’s TVC features their brand ambassador Virat Kohli for the campaign in the run-up to IPL 2021. The ad film is the third in the series of the multi-film campaign titled Power Ahead - Jo Seekhta Hai Wahi Aage Badhta Hai. It draws attention to the significance of lifelong learning from one’s victories and defeats alike and showcases how upskill is a necessary step for students and professionals to power ahead in their careers. The ad film will air across 40+ national channels of varied genres starting mid-April. The campaign has been conceptualised by Sideways and directed by Cornerstone.

Tags: Undeterred by Covid IPL 2021
Advertisment
More from this section