There has to be an industry voice to make sure categories don’t suffer: Leena Lele Dutta of Sony Yay 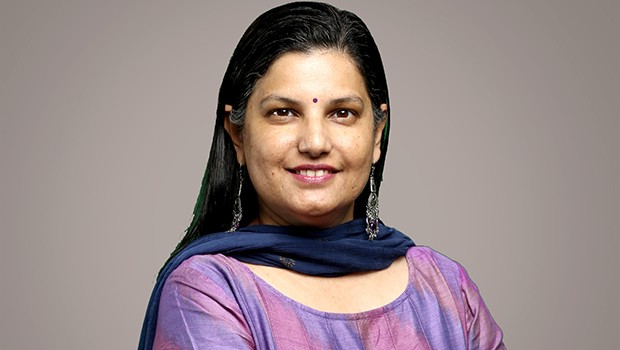 Launched almost four years ago in 2017, and a late entrant in the children’s entertainment genre, Sony Yay has managed to attract audiences and create a space for itself, says Leena Lele Dutta, Business Head, Sony Pictures Networks India, Kids’ Genre.

Dutta said as there were established brands in the category, it was a challenge to come up with something that was rationally different from the existing players.

Speaking about their journey so far, Dutta said, “We had a huge and successful launch with Tiger Shroff. The first year was about setting the tone for audiences and business, the second year was better because we saw growth but in the third year, we were dealing with NTO. Luckily for us, we didn’t have a major effect on viewership. Then in the fourth year, all of us were dealing with Covid. Each year has been extremely challenging but if I have to look at our four-year journey, there has never been a dull moment with being on our feet all the time to come up with solutions to strategise and think.”

“From the time of our inception, we have had four-five shows on air. This year, we are going to launch a lot of new shows. If you look at our existing IPs, their extensions and the new offerings, we will have at least 12-15 shows for the year. Majority of them are going to be during summers. We are anticipating a higher viewership yet again,” Dutta said.

The channel is all set to launch an animated version of the popular television show Taarak Mehta Ka Oolta Chashma. The show will air from April 19, 2021, and is called Taarak Mehta Kka Chhota Chashmah to cater to the kids.

“Taarak Mehta is a family entertainer on television that kids watch at home along with parents. We were thinking about something that had not been done and what concepts kids hadn’t seen yet. We found this was one area where we hadn’t ventured into yet. We hadn’t gone into a family entertainment animation show. What better show than Taarak to get into this genre; the characters themselves are kind of caricatures. Each one of them has its own style and that kind of setting in a kid’s world was just expected. Of course, one challenge was that we had to depict the characters in their original format and could not deviate from that. However, the biggest challenge was what stories to leave around the characters. We have taken a fresh perspective and have called it Taarak Mehta Kka Chhota Chashmah because it’s for kids. It is from the perspective of Daya and Tappu’s characters and it is their world.  So, I'm hoping that the kids and the parents will love this because it's completely fresh and a different take on the show.”

Talking about the advertising response for the channel, Dutta said they have strong support from brands for upcoming IPs. She said while the entire industry suffered last year due to the pandemic, they are better prepared this year even with newer lockdowns and a surge in cases. She stated that apart from the advertising response, they have a good number of co-branding initiatives for their shows.

“Considering the nature of our business, which is animation, we need at least a four-five months of head start in terms of what we want to produce. We had already planned for summer with a content slate but the lockdown threw everyone by surprise. There was no original programming. However, a lot of co-viewing happened on kids’ channels and viewership reached an all-time high. The GRPs went up but they could not be monetised as advertising had decreased big time.”

“Because we as a channel have 100% animation content and our own IPs, we had a bank that we could talk about in summer. There was so much demand in terms of time spent that we had to constantly churn out new shows, rescale the original episodes and rebrand them so that we could keep up the liveliness on the channel. It was great learning last year. I think this year also we will face a similar situation and there will be lockdowns. Our TG is kids in primary schools, which will not open anytime soon. We learnt a lot from last year and we are prepared with a huge range of shows that we will launch this year,” Dutta said.

“I hope kids like Taarak and the rest of the shows because we are bringing something that is unique along with the rest of our platter. Each show is different. We recently launched a kids’ anime, which is doing really well on its slot.”

Asked why advertising revenue in the category continues to struggle, Dutta said there has to be an industry voice to make sure the categories don't suffer. “Last year was no different for the kids’ genre because of the lockdown. However, this year I don’t think there is going to be that kind of a problem. Viewership is at an all-time high. In fact, we have got extremely good support from our advertisers for the summer season. I am optimistic about advertising spends getting a good churn overall this year. I am even optimistic about categories outside the kids’ genre.”

On their marketing plans, Dutta said they will invest in above-the-line and below-the-line initiatives and digital platforms. “Barring Maharashtra and a few other states, there are a lot of places where we can do below-the-line activations. We will have events where we will invite children while, of course, taking care about social distancing and things like wearing of masks. We will use digital media extensively like our YouTube channel. We will also deploy our budgets for below-the-line activations, talking about our shows such as Taarak Mehta.”

Dutta said their YouTube channel has been performing well. “Our digital channel is doing very well. We have Sony Yay workshops for kids on YouTube and a whole lot of content that we put each week. We put DIY videos, stories and things like that. We are going to employ our digital platforms strongly.”