WrestleMania 37, a two-night event, is being aired on Sony Ten 1 (English) and Sony Ten 3 (Hindi) channels. Also, beginning April 14, WWE NXT will air live on Wednesday mornings at 5:30 am in India 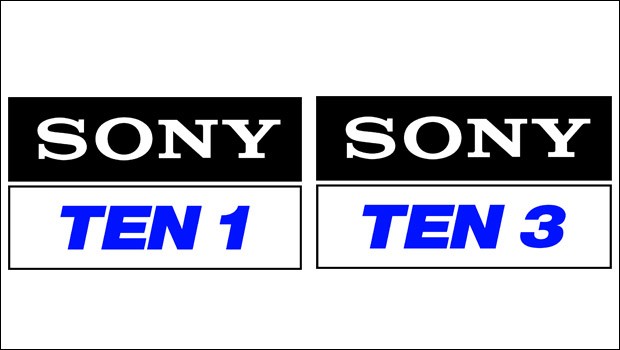 Sony Pictures Sports Network (SPSN), the exclusive home of WWE in India, has announced the broadcast destination for WrestleMania 37, a global pop-culture extravaganza featuring WWE superstars from across Raw, SmackDown, and NXT divisions. Touted as ‘The Showcase of the Immortals’, WrestleMania 37 is the ultimate destination to watch your favourite WWE Superstars battle for supremacy. This year fans across Indian sub-continent can watch the WWE Dhamaal action that unfolded live from April 11 and will continue on April 12, on Sony Ten 1 (English) and Sony Ten 3 (Hindi) channels from 4.30 am IST. WrestleMania 37 will have WWE Hall of Famer Hulk Hogan and Tampa's own WWE Superstar Titus O’Neil host the two-night event emanating from the Raymond James Stadium in Tampa Bay, Florida.

This year’s WrestleMania is “Back in Business” and will mark the first time that fans will be in the stands for a WWE event since early March 2020. To celebrate the return of this electrifying event, SPSN has launched a campaign film, which celebrates the legacy of WrestleMania, entertaining multiple generations of families for years and looking forward to showcasing WWE superstars battle to turn into ‘The Champion of Champions’.

To engage WWE fans and ensure they get a chance to express themselves, SPSN is putting together a special show ‘Live Extraaa Dhamaal WrestleMania’ that aims to build a community for the Indian WWE fan base and make them feel an intrinsic part of the event. The show will have a wide range of discussion topics such as discussions on match results to possible ramifications to trending topics to social media buzz and last but not the least fan reaction to the majestic event. The 30-minute post event show will be anchored by Sahil Khattar and have a different WWE Superstar joining as a guest live from the venue each day.

Rajesh Kaul, Chief Revenue Officer, Distribution and Head, Sports Business, Sony Pictures Networks India Private Limited, said, “Fans in India love high quality action-drama-entertainment and seven days of non-stop WWE action with WrestleMania as the headlining event is the perfect platform for fans to enjoy their favourite WWE Superstars battle it out for the coveted titles. WrestleMania is the biggest special event from the WWE stable, which has drawn audiences over the years, and we will reach out to a wider audience by providing WrestleMania in both English and Hindi.”

In another important announcement, the WWE NXT brand, which has been revolutionising the world of sports-entertainment with innovative styles from trend-setting and unapologetic superstars, will now air live on Wednesday mornings at 5:30 am in India beginning April 14. With the change in programming schedule, the passionate WWE fan base will get more of what they love with back-to-back nights of exhilarating action. WWE NXT boasts a diverse international roster with 95% of the current Raw and SmackDown roster coming through the WWE NXT talent development ranks, including Roman Reigns, Seth Rollins, Charlotte Flair, Sasha Banks, Alexa Bliss to name a few.

In another first, WrestleMania 37 Weekend is going to be a one in a blue moon weekend where fans will have non-stop WWE Dhamaal action seven days in a row.