Industry fears revenue losses with shootings coming to a halt; hopes for shoots to be allowed again soon

As the Maharashtra Government halts all TV and film shoots, the industry is staring at uncertainty again and figuring out ways such as moving the shootings to another city to deal with the situation 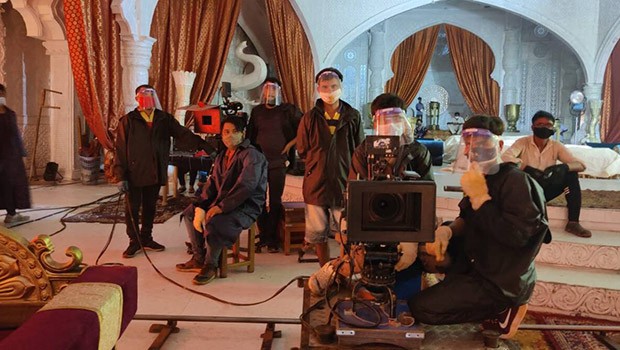 The Maharashtra Government’s restrictions to prevent the spread of the coronavirus have brought all film, television and ad film shoots to a grinding halt.

The industry is staring at major financial losses if the current restrictions remain in place even after May 1.

Some production houses even fear that broadcasters may run out of fresh content in a couple of weeks.

The industry faced a similar situation last year due to the lockdown and incurred heavy losses. Broadcasters had to run repeat telecasts of shows, which affected viewership as well as advertising revenues on television.

JD Majethia, Chairman TV and Web wing of Indian Films & TV Producers Council (IFTPC), requested the government to consider the industry as an essential body and appealed for the shoots to resume normally after the 15-day period ending on May 1.

While he agreed with the Chief Minister and did not ask for shoots to resume from tomorrow, he said the industry was facing long-term as well as short-term challenges. “If the lockdown is opened after 15 days, and we get to shoot regularly, we want to create a bio-bubble for the people involved. We must understand the situation, and make a bio-bubble so that we can minimise the chances of catching the virus on sets. However, we want to tell the Chief Minister that we are also frontline workers. People are in distress right now and we have to keep people at home. In this scenario, there is a lot of stress and frustration. We entertain people, which is as good as medicine. We want this industry to be counted as an essential service and want to continue functioning from May 1."

Some have questioned the logic of banning shoots at a time when IPL matches are already being played. "When matches can be held in bio-bubble, why not allow shootings as well with the same protocol,” said a production house head.

Meanwhile, Mautik Tolia, CEO, Bodhi Tree Multimedia, which produces the show Humari Wali Good News, said if the restrictions continue after the specified period, it will become a problem as they do not have a bank of fresh content.

“Yes, there will be an impact. It will depend on the duration. If it's a two-week thing, then the shoots can commence again but if it stays longer, then it is a problem. It was a sudden thing so we have to figure out ways. There are producers, including us, who are shifting shoots out of Mumbai for some time. For the time being, we are figuring out alternatives.”

He said they will have to push some schedules ahead and deal with situations on a case-to-case basis. Asked about the impact such lockdowns have in the long term, Tolia said, “They do affect profitability and we end up incurring huge losses. Since projects are stacked, dates are given to different production houses according to the plan that goes haywire due to which the shoots that are scheduled ahead get affected. It is not the best time to be shooting and producing content but we have to continue.”

Some production houses have systems in place to buffer the impact to a certain extent. “Having gone through this cycle before, we have systems in place that buffer the impact to a certain extent. For instance, our teams are digitally equipped to ensure smooth functioning on certain fronts such as running writers’ rooms from the safety of the involved talents’ homes. Similarly, running post-production within a bio-bubble allows work continuity for the material already shot,” said Aradhana Bhola, Managing Director, Fremantle India Television Productions Pvt Ltd.

“We are better prepared this time round, so even for our most-successful show currently, Indian Idol 12, we’ve got some cushioning. For our shows in pre-production, we were anyway functioning digitally for the most part in the interest of our team’s health. We will continue to do so,” she added.

She suggests that in the long term, the sets just need to adhere to safety guidelines to continue shooting, “be it masks, sanitisation, de-marked cast and crew areas, regular testing, measures such as bio-bubbles and digital avatars where possible and, of course, encouraging people to get vaccinated.” Dheeraj Kumar, CMD of Creative Eye Ltd, said the restrictions will result in financial losses for the industry. However, he said the steps were necessary to protect lives. He is brainstorming with his team members over virtual meetings on how they can tackle the situation.

Creative Eye Ltd was to launch a children’s show, ‘Nikki aur Jadui Bubble: Maza Aayega Double’, for Dangal on April 19 and is also producing a web show. “We have a substantial number of bank episodes for the children’s show. But we will have to stop the digital show as we don’t have a bank for it. For OTT platforms, we can do it anytime as there’s no fixed time for the telecast. But the problem is the financial losses,” said Kumar.

Meanwhile, they are also contemplating shifting their studio to some other city for the time being. “We will move to a place that's safer and where the situation is more under control. We haven't decided yet. But if the lockdown continues, then we will have to shift,” he said.

Creative Eye Ltd faced severe losses last year due to the lockdown when shooting halted for over six months. Dheeraj Kumar said they paid the full salary to all their employees for that period and didn’t retrench anybody. Their IPR for some historical and mythological shows helped them offset the losses. “We have 15,000 hours of programme right now and of that, 4,500 hours is of historical and mythological content. We own the IPR for this. During the lockdown, some channels carried this content in different languages, helping us to cover the losses,” he said.

Talking about the impact on business, Majethia said, “We definitely are at a loss this month and we were in a similar situation last year as well. However, we are determined and will keep fighting.”

Ad film production houses are facing a similar situation as well. Anand Menon, Co-Founder and Executive Producer, Early Man Film Pvt Ltd, said they saw this situation coming and finished all their shoots last week and have not scheduled anything for the next 10 days. “We are waiting to see how the situation pans out. But eventually, if we have to shoot something in the next 15 to 20 days, we would have to take it out of Mumbai,” he said.

He said there is very little alternative to the lockdown currently. “Shoots are highly labour-intensive operations and there are a large number of people in a small confined space. Although we do take all kinds of precautions, including testing everybody who comes into the shoot, we've realised over the last year that nothing is 100% fool-proof. So in a place like Mumbai, maybe we'll have to put a pause for a bit. I don't know for how long. That's something the government and the industry need to decide,” he said.