A new study released by UNICEF and the Geena Davis Institute on Gender in Media reveals persistent gender stereotyping in India's television and YouTube advertisements. The International Advertising Association chapter in India commits to taking action on the report's recommendations 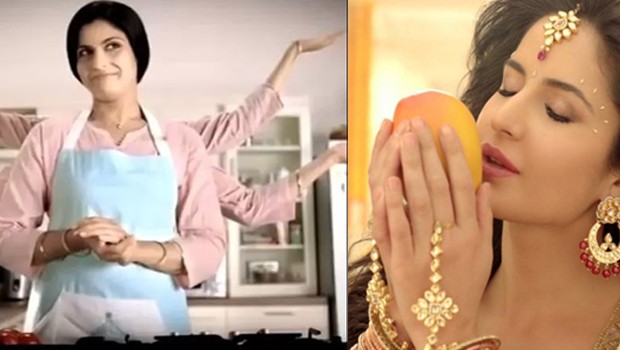 Although female characters are prominent in ads in India, they are still highly stereotyped. Women are less likely to be shown in public spaces and in paid employment; more likely to be selling domestic products and food to other women as well as responsible for childcare and shopping.

Female characters in ads also tend to be thin, unlike men who are portrayed as different body types. These are some of the findings of a study released today by UNICEF and the Geena Davis Institute on Gender in Media (GDI) on Gender Bias and Inclusion In Advertising In India.

The study explores how popular Indian advertisements can replace such harmful typecasts with balanced portrayals to inspire girls and boys of their possibilities, unrestrained by gender stereotypes.

The research measures over 1,000 television and YouTube advertisements aired across India in 2019. The ads were provided and translated by the International Advertising Association (IAA), which is also committed to translating the recommendations into action, beginning with a roundtable discussion to be organised by the IAA with leading business representatives. IAA will also work with members to launch campaigns to deconstruct harmful stereotypes, in support of UNICEF's priorities.

Conventional gender norms constantly devalue women and girls, making it difficult to secure their rights and reach their full potential. From a declining sex ratio, girls dropping out of schools, marrying before 18 years, and not being supported to work outside the home: these all reflect a significant gap in investments in her future pathways beyond marriage. Media can help shift the narrative and provide diverse and powerful templates to fuel her aspirations and simultaneously shift people's perceptions around her.

Yasmin Ali Haque, UNICEF India Representative, said, “Gender socialisation is a learned behaviour from childhood. Children observe and learn social cues from parents, family, and the society around them, including the advertising they see around themselves. UNICEF is committed to ensuring gender equity and girls' empowerment, which forms the core of our gender-responsive programming. This report will help us challenge biases and advocate more effectively with the Indian advertising community, and across South Asia with all businesses, to support our goal of achieving gender equality for the benefit of all children."

Geena Davis, Academy Award Winning Actor, Founder and Chair of the Institute, said, “Misrepresentation and harmful stereotypes of women in advertising have a significant impact on women - and young girls - and how they view themselves and their value to society. While we do see female representation dominate in Indian ads, they are still marginalised by colourism, hypersexualisation, and without careers or aspirations outside of the home. The stark inequality evident in portrayals of females in these advertisements must be addressed to ensure an equitable society. This collaborative study with UNICEF and its partners sets the foundation for improvement in India and across the globe.”

Megha Tata, President, IAA-India Chapter and MD, Discovery Communications, South Asia,  said, "Advertising and marketing play a powerful role in the process of gender socialisation and women and girls' empowerment, and the India Chapter of the IAA has been at the forefront of many initiatives concerning creative nuances in communicating gender issues. Being a strategic partner to this effort has not just been exciting but also very satisfying. The association has supported the sample base for the study and will lead the dissemination of findings in India on the importance of modelling equitable gender norms. We hope this will become a benchmark for similar meaningful studies to be conducted in different parts of the world.”

The study was conducted with the support provided by UNICEF's partners, including the advisory board members from UN Women, Population First, the Centre for Women's Development Studies, and Jamia Millia Islamia University.

UNICEF and the Institute will discuss the study findings and recommendations and identify opportunities for action, with a group of influential stakeholders at the Virtual See Jane Global Salon, at 9 am PST / 21.30 IST on 21 April 2021.

To join the session, register here.