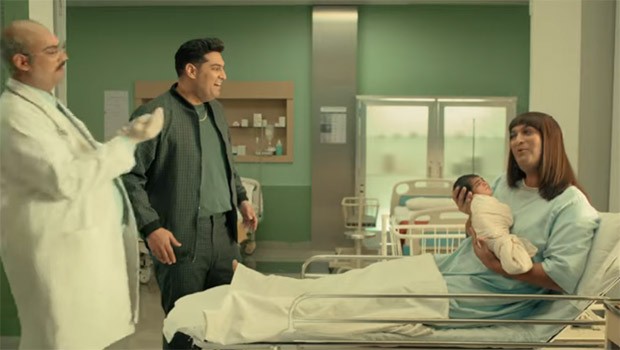 The campaign puts the spotlight on the crypto-mania sweeping the new investors who are deposing their faith in cryptocurrency as an alternative asset class for smart investments.

With this, CoinSwitch Kuber becomes the first player in the Indian cryptocurrency space to launch an extensive ad campaign to evangelise cryptocurrencies as an alternative asset class and build equity among Indian investors. The company is also associate sponsor with Disney+ Hotstar for the Indian Premier League.

Created by Nihilent, the campaign consists of three interconnected ad films that represent a couple’s journey through the first week of their child’s birth and how investing in cryptocurrency could help them achieve their financial goals. Actor Kunaal Roy Kapur has been roped in to play all the roles in the ad films. The campaign will be aired on Disney+ Hotstar throughout the Indian Premier League and will also be amplified using social media platforms such as Twitter, Facebook and Instagram to reiterate Kuber’s positioning as the go-to cryptocurrency investment platform for retail investors.

The first ad film illustrates the moments when a couple is embarking on the journey of parenthood. The ad film opens with a pregnant woman being rushed into the operation theatre by her husband and the doctor. At this critical moment, the husband is shown quizzing the doctor about the minimum amount which one can invest in bitcoin. The key insight behind the campaign is that when a person’s life changes, it also brings in urgency to financially manage these changes. For instance, one of the biggest changes in a human life is when someone becomes a parent. The responsibility of bringing in and providing for a new life is enormous to say the least and that is playing on the mind of the new dad as he searches for smart investment options to ensure his family’s future.

Ashish Singhal, CEO and Co-founder, CoinSwitch Kuber, said, “Millennials and GenZ are emerging as the biggest backers of cryptocurrencies in India. With our new ad campaign we aim to showcase how it is a smart move to invest early in cryptocurrencies. Crypto has been the fastest growing asset class of the last decade and the momentum is only growing stronger now. Through our partnership with Disney+ Hotstar, we aim to amplify this message to millions of young and upwardly mobile Indians. It is time to join the crypto revolution by investing in cryptocurrencies through CoinSwitch Kuber – the safest and most friendly platform for crypto investments.”

KV ‘Pops’ Sridhar, Global Chief Creative Officer, Nihilent, said, “The CoinSwitch Kuber ad films are special for us as they give us an opportunity to involve our audience into experiencing a completely new investment category that most of them may not be familiar with. We, therefore, decided to go for stories which not only highlight the utility of this new asset class but also place it firmly within the Indian family context as something that everyone can invest in and which is not a domain of the elite.”

CoinSwitch Kuber provides the best rates to its users by aggregating liquidity from top Indian and global crypto exchanges and supports 100s of cryptocurrencies for users to buy and sell using Indian rupees.