The digital film, which focused on the unequal distribution of household chores in families, putting pressure on women, created a social storm, garnering over 83 million views 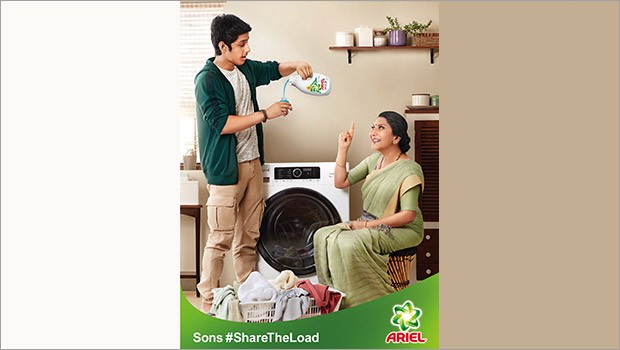 Ariel’s #ShareTheLoad movement started in India in 2015 to address the inequality in Indian households. Launched in February 2019, Ariel India’s Sons #ShareTheLoad campaign garnered widespread national and international acclaim from consumers, media, the advertising and marketing industry and celebrities for its impactful message of change. The award-winning campaign has now made it to the most-awarded work for Media excellence in the WARC list for 2020.

WARC (World Advertising Research Centre) is an online marketing intelligence service that is an independent benchmark for excellence in creativity, media, and effectiveness. It is built on a rigorous methodology developed in consultation with Douglas West, Professor of Marketing at Kings College, London.

The conversation of inequality within the household, particularly in housework and chores, is of growing social importance for women across India and the world. Ariel #ShareTheLoad movement started in India six years ago to address this issue. As the social debate continues to evolve, Ariel continued to bring different perspectives and insights.

In 2019, the third edition of the movement, Sons #ShareTheLoad, raised yet another pertinent question in this direction — Are we teaching our sons what we are teaching our daughters?  The film urged parents of today’s generation to raise the next generation as equals. Even within the same progressive households, there is often a difference in the way our sons and daughters are being raised. Of late, daughters are being raised to be strong, independent, and confident to excel in all fields.  But they continue to be the primary caretakers of households once they get married. This has unbalanced expectations and burdens on them, which can get in the way of their professional growth. While society is changing, not enough attention is always being given to raising sons differently and teaching them life skills such as laundry, cooking, etc. If not taught to #ShareTheLoad, the sons of today become partners of tomorrow, who may not be prepared enough to be equal partners. Powered by Ariel Matic’s 1-Wash superiority, the brand joined women in asking sons to #ShareTheLoad, since anyone can get great laundry results with Ariel.

The digital film created a social storm, garnering over 83 million views. In partnership with Mediacom as the media partner, extensive plans ensured that the message reached the consumers through multiple touchpoints right from strong, thought-provoking message behind auto-rickshaws, to reaching young boys on digital apps like Hello English or reaching superhero fans in PVR at the launch of Captain Marvel on Women’s Day. A mother-son fashion show was organised in Chandigarh, where mothers sported clothes washed by sons. They converted Sundays into Son-days, where for a full month every Sunday, tutorials were given to sons to learn different chores.

Sharat Verma, Chief Marketing Officer, P&G India and Vice-President, Fabric Care, P&G India, said, “We are delighted with this recognition. Over the last six years, Ariel #ShareTheLoad has consistently sought to address the inequality in the division of household chores. We started off by raising a pertinent question, 'Is laundry only a woman’s job?', back in 2015. Over the years, we have kept the conversation alive to continue to create awareness around the issue and drive change. With Sons #ShareTheLoad, we focused on what we can do as parents. We realised that while we are now raising our daughters differently, we have not changed the way we’ve been raising our sons. We urged parents to teach our sons, what we have been teaching our daughters over decades. By doing so, we can raise a generation of equals – a society where our sons can make equal partners, not bound by the conditioning of gender roles. We have continued this journey and will continue to leverage our brand as a Force For Good and make laundry the face of the change we are trying to drive across the country. The credit for the continued impact and success of Ariel #ShareTheLoad goes to our agency partners. They worked tirelessly, hand in hand to creatively spark conversations that have stimulated debate on gender biases and have placed this issue and the brand at the forefront of social change!”

Navin Khemka, Media Com CEO South Asia, said, “It’s a moment of great pride to see our work getting recognised globally. A media strategy that resonates with the brand vision and is able to consistently deliver is truly gold standard. We are proud to be an ally in this social change with Ariel and P&G India, not just now but since the start of ShareTheLoad in 2015. I congratulate every member involved in this initiative and thank P&G for giving us this opportunity to work on such an iconic campaign. Together, we aim to address the inequality in Indian households and continue to work in that direction.”

Ariel India’s #ShareTheLoad is a movement to end the stereotype of gender roles within the home which has sparked conversations across multiple touchpoints, leading to massive participation from consumers. Ariel has continued to drive this social change since 2015, where it started by raising a relevant question, Is laundry only a woman’s job?, to draw attention to the uneven distribution of domestic chores. With the 2016 ‘Dads Share The Load’ movement, the conversation was aimed at unearthing the reason for the disparity, which is the cycle of prejudice passed down from one generation to the next. In 2019, they urged parents to raise their sons like they have been raising their daughters, so that the future generation is more equal. For 2020, the focus was on the impact of men not sharing the load, with 71% of women in India sleeping less than their husbands due to household chores. Lack of sleep was almost an indicator of the inequality within households. As Covid-imposed lockdowns came in, families restricted to home and limited domestic help, there was an increased pressure of domestic chores, with most of this responsibility falling on women in most households. Ariel leveraged this to demonstrate the need for SharingTheLoad and how lessons learned during the crisis can help us in times of comfort.

Over the years, the movement has had a significant impact over the years, with more men sharing the load than ever before. In 2014, before ShareTheLoad, 79%* men thought household chores are a women’s job. The percentage of men who believe that household chores are a woman’s job has steadily come down, reaching less than 50% for the 1st time in 2020 – at 41%.  Despite all this progress, more work is still to be done. Towards this, Ariel will continue to drive the message of equality at home with #ShareTheLoad.