Zee Biskope is all set to raise the bar this Holi with entertainment of all hues and colours. Right from the morning band till evening prime time, the brand sets in the Holi celebrations over a week culminating with the world television premiere of Shubh Vivah on March 28 at 6 pm.

The merriment will begin in the morning with a devotional Holi special song property Awadh Me Udele Gulal followed by a fun-entertainment led Holi special Fagua Beats – Jogi Ra Sa Ra RaRa that will rev up your mood through groovy Holi songs. Starting 23 March till 26 March, the channel will also telecast Holi special episodes of its comedy show Hasi Ke Rail Chhut Na Jaye scheduled Mon to Fri at 9 pm.

Adding to this special offering, Zee Biskope brings ‘Hasi Thitoli – Happy Holi’ – a week filled with fun and entertaining movies that depict the key elements of the festival like colour, joy, comedy and some light-hearted banter between friends. The week of Holi started on 22 March with the film Nirahua Hindustani 3, that features Nirahua aka Dinesh Lal Yadav and Amrapali Dubey. It will be followed by Dabang Sarkar, featuring Khesari Lal Yadav and Aakanksha Awasthi in prominent roles, on March 23. Featuring Amrapali Dubey and Manoj Tiger in the lead roles, Lagal Raha Batasha will be the next offering in the pipeline to be telecasted on March 24. Up next, March 25 will be dedicated to the movie Nirahua Satal Rahewhich stars superhit jodi of Nirahua and Amrapali Dubey. Audience will be delighted with Dulhin Ganga Paar Ke, a Khesari Lal Yadav and Kajal Raghwani starrer, on March 26 and Ghoonghat Mein Ghotala, starring Pravesh Lal Yadav, Mani Bhattacharya, and Richa Dixit, on March 27. Making for a very eventful evening with the family, each of these movies will be telecasted on prime time at 6 PM time-band.

The grand Holi celebration will culminate with the world television premiere of the blockbuster ShubhVivah featuring Pramod Premi and Chandni Singh in lead roles. A special appearance by Amrapali Dubey and Anjana Singh in the feature film will further elevate the entertainment quotient. With a strong storyline, the movie is filled with some fun moments, interesting dialogues, action, drama and some energetic dance numbers that is sure to make viewers tap their feet. 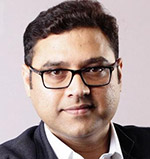 Samrat Ghosh, Cluster Head East, ZEE Entertainment Enterprises, said, “The magnanimity that this festival holds amongst people in the region who celebrates it amidst much pomp and gusto is astonishing. We have always strived to be a people’s brand and establish an affinity with the brand. Our Faguaa offering will not only expand our reach but also present a wide array of properties for advertisers to choose from and connect with our audience during festivities.”

Amarpreet Singh Saini, Business Head, Zee Biskope and Big Ganga, said, “As a brand, we keep our audience at its core and curate a host of innovative and festive offerings keeping their topical preferences in mind. As the region sets in the mood of Faguaa, our brand will rejoice their merriment with a host of colourful movies, a WTP& a 2-hr special comedy show. We hope this specially curated entertainment dose will multiply the celebration for our viewers and elevate the family viewing experience.”