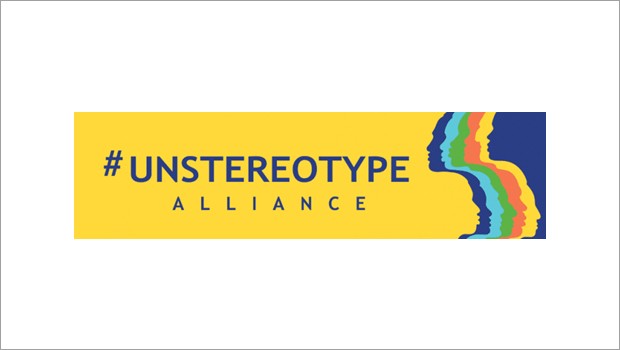 The Unstereotype Alliance has launched the India national chapter with a coalition formed to tackle harmful stereotypes advertising with support from EU funded WeEmpowerAsia Programme. The Alliance will center its work in India on broadening the representation of women and girls in non-traditional roles in advertising with a focus on women returning to the workforce..

Convened by UN Women, the United Nations Entity for Gender Equality and Women’s Empowerment, the Unstereotype Alliance is a thought and action platform that seeks to eradicate harmful stereotypes from advertising and media. India is the ninth national chapter to launch worldwide, and the second in Asia.

Phumzile Mlambo-Ngcuka, Executive Director of UN Women, said, “The launch of the India national chapter is a significant milestone for the Unstereotype Alliance. It shows that the India advertising and media industry is coming together in all its strength and diversity to tackle the harmful stereotypes that hinder progress towards gender equality. This is critical to addressing the drivers of inequality such as violence against women and girls, intergenerational poverty and the lack of women in leadership and decision-making roles. We hope that you will join us in making unstereotyped advertising and content the norm rather than the exception.”

Stereotypes in advertising perpetuate negative social norms and hinder progress of gender equality. Harmful social norms contribute to increased acceptance of gender-based violence, lack of economic decision-making for women and constricted opportunities in the job market. The chapter has defined strategic priorities to address gender stereotypes with a focus on harmful patriarchal traditions and norms to broaden the representation of empowered and autonomous women in private and public life, including in business leadership; and to ensure progressive representation in media and advertising.

Unstereotype Alliance research into gender equality attitudes shows that there is a clear role not only to remove stereotypes in advertising and media, but to challenge widely-held beliefs and norms in society. Data from the Gender Equality Attitudes study, conducted across 10 countries including India, shows that whilst many Indians recognize the importance of women’s rights, outdated beliefs persist. Specifically:

Susan Ferguson, Country Representative, UN Women India, said, "UN Women India is excited to launch the India chapter of the Unstereotype Alliance. I am confident with the support of such committed partners, we will generate a positive and enduring impact in the advertising and media industry and contribute to shaping a gender-equal world."

Priya Nair, Executive Director,-Beauty & Personal Care, Hindustan Unilever, said, "Across the globe, consumers are increasingly expecting brands to take a stand on the issues they care most about – gender stereotype has been one such issue. At HUL, we are committed to driving gender equity, including stepping up of brand programmes, advocacy to challenge the status quo and #unstereotyping advertising. With one billion people using our products every day and even more seeing our advertising, we know we have the power to make a real difference. Various organisations need to come together to bring about this systematic change and set new standards of empowerment and equality. As a founding member of the Unstereotype Alliance, we look forward to supporting UN Women, to drive social change, encourage action, and put an end to gender stereotypes and discrimination”

CVL Srinivas, Country Head, WPP, India, said, “WPP is delighted to be a founding member of the Unstereotype Alliance – India Chapter. We look forward to working with the Alliance to bring about positive change to the issue of Gender Equality through the creative use of our skills and the passion of our people in this area.”

Deepika Warrier, CMO, Diageo India, said, “Diageo India is proud to be associated with The Unstereotype Alliance – India Chapter, which will work to  accelerate progressive gender portrayal in advertising. Together, we will lead the creation of a framework that encourages increasingly progressive codes with themes ranging from empowerment to celebrating the power and imperfections of womanhood to challenging stereotypes to ultimately moving beyond gender codes. We hope our efforts would contribute to empowering women regardless of their race, class, age, ability, religion, sexuality, language, education etc.”

Anupriya Acharya, CEO, Publicis Groupe South Asia, said, “Publicis Groupe through Viva la difference is a company that celebrates talent, inclusivity and diversity. Our core values and people-first culture synergise seamlessly with the Unstereotype Alliance’s larger mission and objectives and we are pleased to be a part of its India Chapter. Publicis Groupe India looks forward to collaborating with other future-facing companies in building narratives that are progressive, purposeful, gender-equal, human and authentic.”

Rana Barua, Group CEO, Havas Group India, said, “We are delighted to be coming on board at a crucial time as a member of the UN Women Unstereotype Alliance as they begin their chapter in India. At Havas Group, we are clear on driving gender diversity and want to bring about a cultural transformation and mindset shift that will encourage many more women leaders in the group. Our alliance with UN Women Unstereotype Alliance will surely help us in this journey.”

Manisha Kapoor, Secretary General, Advertising Standard Council of India, said, "Positive gender portrayals and depictions in advertising are high on ASCI’s agenda, and we aim to shape this narrative in the coming months through different initiatives. Partnering with the Unstereotype alliance is an important step in this journey. Working together helps synchronise voices of different stakeholders and we are very pleased to be a part of the alliance.”

Sudhesh Kapoor, Secretary General, AAAI, said, “We are sure that this Alliance will go a long way in taking down some popularly held myths about genders which are consciously or sub-consciously propagated by popular media and advertising.”

Namrata Tata, The Advertising Club, said, "While many organizations are taking initiatives to drive gender diversity & equality, collaboration at an industry level is needed to see the needle movement. As an integral part of the advertising industry , The Advertising Club believes in driving real change when it comes to the portrayal of gender norms. We are delighted to join The Unstereotype alliance convened by UN women, which aims at removing negative gender stereotypes in Advertising and Media."

Priya Naik, Founder and CEO, Samhita Social Ventures, said, "Companies, media and content companies, advertisers, and creative agencies have a social and ethical responsibility to break gender stereotype, as well as the capability to do so on a large scale. I am proud to be a part of the Unstereotype Alliance movement to dismantle traditional gender roles and their related conventions."