This April Fool’s Day, MTV says ‘The Joke Is on Us’, courtesy society’s expectations

In its bone-tickling yet impactful brand film, MTV says ‘Mazak Ban Gayi Zindagi’ because of our society and its unreasonable expectations. As we continue to share a hearty laughter on jokes and memes through the day, little do we realise, ‘The Joke is on Us’ 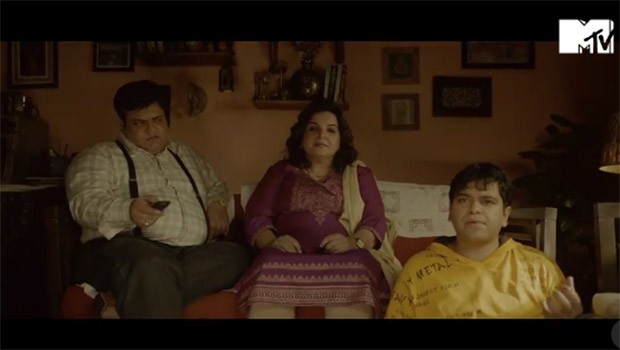 While we continue to be in the rat trap, youth brand MTV from Viacom18 reminds us this April Fool’s Day that the joke’s on us, through a bone-tickling yet an impactful brand film.

The April Fool’s Day brand film by MTV opens to a family setting and showcases a boy, who is passionate to learn guitar but is burdened by the gyaan of “Board exams aa rahe hain. Yeh ek saal focus karo, badmein toh aish hi hain.” The progression follows when he tries to pick up his hobby during his entrance exams, MBA preparation and marriage. Finally, when the boy, all settled now, asks his parents “Lo ho gaya settle! Kya ab mein apni zindagi jee sakta hoon”, he is reminded of his current responsibilities as a father.

In a fine blend of quirk and impact, the film showcases the guitar as a symbol of joke that our life has been playing on us and unfortunately, there’s no escape from it. Towards the end of the film, we see the protagonist conditioning his baby in a similar fashion, which is a blatant reminder of how certain conventions are followed across generations.

So, this April Fool’s Day, raise a toast with MTV and have a laugh for being the fools we never intended to be!

Tags: April Fool’s Day MTV The Joke Is on Us
Advertisment
More from this section