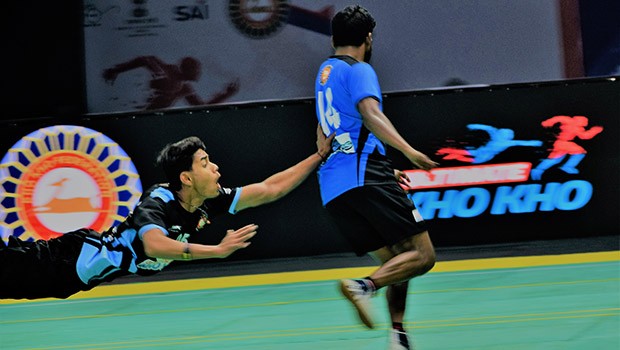 Scheduled to kick-start in 2021, Sony Pictures Networks India and Ultimate Kho Kho will bring forth this home-grown sport in its new avatar under the lenses of sports technology and innovations, that will guarantee high-octane games exclusively across SPNI’s network sports channels and their dedicated OTT platform SonyLiv which will allow viewers to watch the Ultimate Kho Kho ‘on the go’.

“Ultimate Kho Kho will bring back the oldest sport packaged in a modern avatar coupled with a new format and a dazzling television product that has the potential to not only revolutionise the sport but also create a unique experience for the audience—something that no one has ever witnessed before,” Amit Burman, Dabur Group Chairman and Promoter of the Ultimate Kho Kho said.

The traditional Indian sport of Kho Kho enjoys massive popularity across India owing to its easy to play rule and high-speed format. Dabur’s Burman who has acquired long-term commercial rights from the Kho Kho Federation of India (KKFI) are engaged to work together to develop excellence and shape the future of competitive Kho Kho to make the sport bigger and better.

Rajesh Kaul, Chief Revenue Officer, Distribution and Head - Sports Business, Sony Pictures Networks India, commented, “At Sony Pictures Networks, our focus has always been to promote a multi-sport culture in India and Ultimate Kho Kho is a great addition to our sports portfolio. Kho Kho is an extremely popular traditional Indian sport popular across India and we are happy to be on-board and showcase Ultimate Kho Kho to our viewers.”

The teams will consist of men and under-18 from all states across India registered under the Kho Kho Federation of India. Player drafts are scheduled for mid-year this year and franchise-owners will be offered a bank of over 150 Indian players based on their performance and score in the National and recently concluded high-performance training camp in February 2021.

Tenzing Niyogi, Chief Executive Officer of Ultimate Kho Kho, said, “For a sport to be packaged as a brand, it needs to have ‘an edge of the seat’ format, where every minute is a spectacle. Ultimate Kho Kho has been envisioned as an intersection where the passion for a popular homegrown sport meets new-age technologies and state of the art formats. We aim to create new champions, celebrate the pride for the sport and take Kho Kho to newer commercial heights.