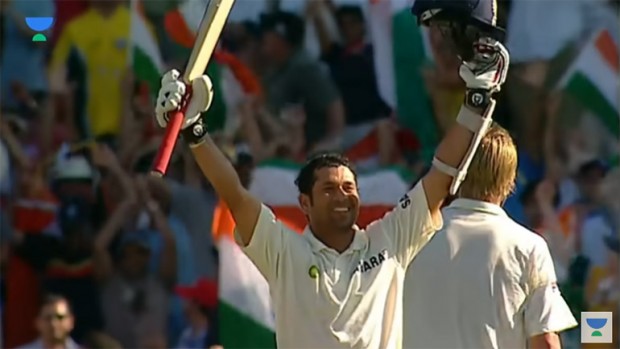 Unacademy’s recent film ‘The Greatest Lesson’ featuring cricketer Sachin Tendulkar has left the audience with ‘goosebumps’. The film not only shattered viewership records but has also become the talk of the town on all social media platforms, with most fans describing the experience as goosebump-inducing.

The film had crossed over two million views across social media and digital platforms within hours of its release. Two days since its release, it has crossed over 22 million views. The film depicts Sachin’s journey from his failures to his exceptional success. After showing footage of his several failures on the pitch, the video ends with the successful moments of his career. Many fans commenting on social media have highlighted those last few seconds that show Tendulkar hitting several sixes, as the most touching moments.

There’s a lot of buzz about the film on Twitter with fans hailing the two-minute video as a rightful ode to the cricketing legend. His colleague, Harbhajan Singh, also tweeted, calling the film inspiring.

Persevere and never give up! Hold your head high during the lows and keep at it! #TheGreatestLesson in not giving up by the great @sachin_rt. Inspiring Film Unacademy#UnacademySachinFilm#TheGreatestLesson pic.twitter.com/7SY4fCtBFW

Speaking about the response to the film, Karan Shroff, Chief Marketing Officer, Unacademy, said, “We are overwhelmed and humbled by the kind of response that we have received from across the board. Over 25 million views within 36 hours, our film has managed to shatter viewership records and continues to trend at the top spot. Cricketers and fans from across the world have liked, shared, and tweeted about the film, saying it gave them goosebumps. To evoke such a reaction unanimously is an incredible feat. Being a Sachin fan myself, I am extremely proud that I have managed to pay a worthy tribute to the man who taught us so much more than the game.”

The film marks Unacademy’s association with Tendulkar and celebrates the ‘never give up’ spirit by commemorating some of the most challenging times of the veteran cricketer’s career and his subsequent triumphs. Almost towards the end of the film, the screen changes to read, ‘Failure. The fuel of champions.’ Being an education platform, Unacademy drives a message with the film that failures must be looked upon as stepping stones to success.