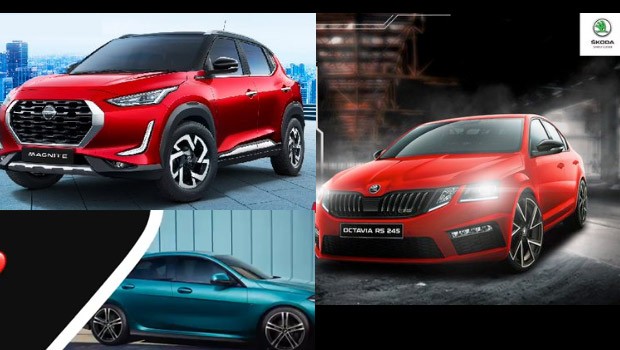 Twitter has proven its immense capability as a powerful marketing platform that lets brands speak to their audience in real-time and helps them through their purchase journey.

Even though the countrywide lockdown was relaxed from October last year, we saw virtual launches increasingly become the norm — and the automobile industry was no different. Brands such as BMW, Skoda and Nissan relied heavily on Twitter’s innovative ad offerings in their endeavour to drive their consumers to their dream cars.

BestMediaInfo.com finds out how they achieved it.

German luxury carmaker BMW in its quest to distinguish the launch of BMW 2 Series Gran Coupé and surprise fans with the unexpected, used Twitter, targeting millennials to construct a fun and provocative campaign featuring short teaser videos, an Emoji Engine to garner anticipation about the car, Spotlight + First View for larger impact and Video Website cards to drive the message home.

The Emoji Engine was the first-of-its-kind in the auto category, driving significantly higher engagement as compared to the industry benchmark.

Here's an emoji way to discover #The2. Reply with #2Irresistible and any one of these emojis.

The first-ever BMW 2 Series Gran Coupé is waiting to be explored. Type away to meet #The2. pic.twitter.com/lj4BrePrj2

BMW kicked off the campaign using short and interesting teaser videos aimed to pique interest and build excitement about the launch. These 15-20 second videos were exceptionally well-received by the viewers.

As BMW aimed to build conversation, they used Twitter’s Emoji Engine to encourage people to explore the car through the language of emojis. Furthermore, using Twitter’s engagement retargeting, BMW was able to deliver additional messages to people who had engaged with their ad over the coming months, sustaining awareness of their vehicle while using products such as the Video Website Card which with one simple click, took people directly to BMW’s website where they could learn more about the car and schedule an appointment to see it.

The usage of single-minded and consistent messaging across the campaign drove higher awareness and message association for BMW.

When Skoda Auto India was preparing to launch its new Octavia vRS 245, it partnered with Twitter India to introduce a unique ‘speed challenge’ game exclusive for its digital audience. The gripping speed challenge allowed its users to replicate the same thrill they would feel while reaching up to 100 KMPH in just 6.6 seconds in the new Octavia vRS 245.

This week-long #OnlyonTwitter initiative #OCTAVIARSSpeedchallenge turned out to be a massive hit from the onset of the campaigns and witnessing over 50,000+ successful gameplays and garnering a whopping engagement rate of 52%.

This unique game gave users an enjoyable and unique experience while establishing the Octavia vRS245’s differentiated value proposition of hitting 0-100 in 6.6 seconds.

Talking about the campaign, Zac Hollis, Brand Director, Škoda Auto India, said, "Škoda Auto India is delighted to collaborate with Twitter to offer a distinctive gaming experience on Twitter. The Škoda Octavia vRS 245 Speed Challenge with its unique gameplay, promises to engage the audience, especially, the vRS enthusiasts and loyalists, with the electrifying experience of reaching 0-100 KMPH in an Octavia vRS 245 — the fastest Škoda on offer in India.”

Clever virtual speed challenge devised by @SkodaIndia very addictive. Couldn’t do better than 42% @Renuks I know you’ll want to give this a shot! Tip: use your iPad. #OCTAVIARSSpeedChallenge https://t.co/K5bW1a1MZE pic.twitter.com/wiGpbVVh6o

In October last year, Nissan launched the big, bold, and beautiful SUV - Magnite, globally without compromising on the fanfare and excitement for this much-loved brand.

Twitter, the conversational layer of the internet, helped Nissan execute the perfected six-week Auto Launch playbook to drive impressive turnarounds for the virtual launch event and beyond.

Nissan Magnite received affection in abundance from the users, recording a massive 40,000+ pre-bookings in the first few weeks of the launch itself. Following the guidance of the six-week launch plan on Twitter, Nissan’s impeccable execution helped reach several category-leading numbers, shattering several benchmarks.

Nissan dominated the platform on Auto conversations for their #IgniteYourCarisma hashtag with its very distinctive custom emoji, eliciting a response from car enthusiasts and Nissan lovers alike. The campaign kicked-off with a ‘♥️ To Remind’ campaign, inviting users to get reminders for the Live gathering.

The excitement was buoyed by teasers that were promoted a day before the launch on October 21, 2020, which saw 76K+ viewers watching the reveal of the #NissanMagnite. Leveraging Twitter’s multi-facet targeting capabilities for specific keywords, interests and follower look-alikes, Nissan launched sustenance campaigns to help interested users learn more about the Magnite from the website by driving traffic to appropriate landing pages.