The Wion Global Summit: Power play in a post-pandemic world will be telecast live on March 24 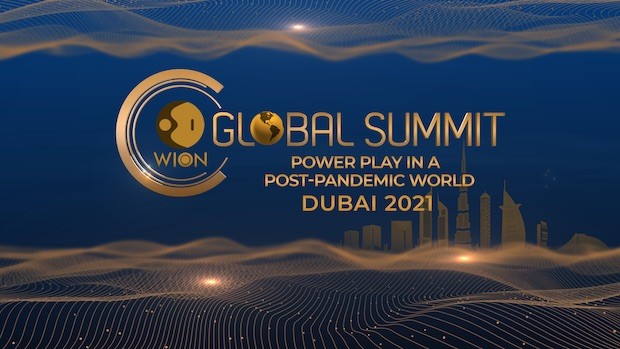 The 4th edition of the Wion Global Summit is being held today in Dubai at the Oberoi. The day-long summit will bring together thought leaders and global policymakers from around the World.
India's External Affairs Minister S. Jaishankar will grace the event as Chief Guest.

India's envoy to the UAE Pavan Kapoor will deliver the welcome note on behalf of the host nation.
Former US National Security Advisor John Bolton, and Japan's minister of State for Defence, Yasuhide Nakayama will deliver keynotes for various session.

A wide range of panelists will dissect the most pressing challenges with the aim of exploring effective solutions. On the panel will be Jason D. Greenblatt, former White House Middle East envoy under former US President Donald Trump, Ranil Wickremesinghe, Former Prime Minister of Sri Lanka,  Michael Tsai, Former Defense Minister of Taiwan, Alexander Downer, Former Foreign Affairs Minister of Australia, Gilles Babinet, Digital champion at the European Commission for France and many others.

The sessions would be moderated by Palki Sharma Upadhyay, the Executive Editor of Wion, and international TV presenter Ali Aslan.

The event will have four sessions, on West Asia's changing geopolitics, the post-pandemic World order, World economy, and the new digital reality, respectively.

For the last three years, the Wion Global Summit has been at the forefront of intellectual exchange and thought leadership. Over the years, the summit has hosted Presidents, Prime Ministers, ministers, economic advisors, and various global leaders. It has been at the cutting edge of new ideas, innovations, and experiences.