Unlike Twitter, we will abide by government regulations: Mayank Bidawatka, Co-Founder of Koo

In an interaction with BestMediaInfo.com, the Co-founder of the micro-blogging platform talks about the app’s growth plans and why it shouldn’t be seen a desi copy of Twitter 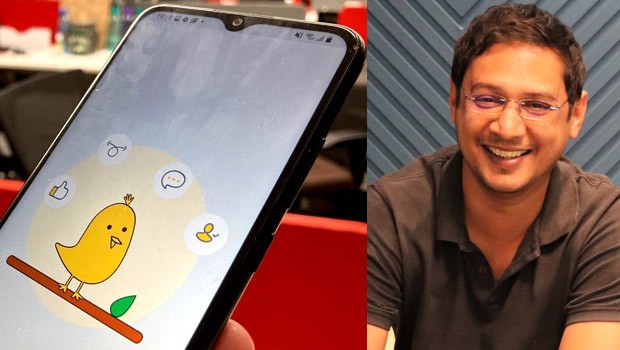 Following the law of the land is as important as the freedom of speech and Koo will never allow anyone to use its platform to incite violence, says Mayank Bidawatka, Co-founder of Koo.

Launched in March 2020, and also the winner of the government's Aatmanirbhar Bharat app challenge, Koo is now widely seen as an alternative to Twitter.

The tussle between Twitter and the Government of India has not only given a boost to the home-grown app, but has also seen Indian ministers and authorities promoting the new micro-blogging site.

“We will be abiding by the same laws because we are not sitting in San Francisco and can’t afford to say no,” he said.

The app has crossed 4.2 million users and its web traffic has grown by almost 60x. Having grown almost 20x from the app side, Koo claims to be growing every day and had earlier stated that by the end of 2021, over 100 million social media users in the country will be Koo-ing in a number of Indian languages.

Explaining how the app being home-grown was a topical thing and other factors were helping it to grow, Bidawatka said, “Home-grown is a topic today. There is also a clear intent from the government to support Indian technologies. Apart from this, there are important people, prominent celebrities here, influencing others to join. These are the people who create opinions and will join for so many other reasons and not necessarily because this is an Indian app.”

He said this certain emotion associated with the app being Indian is truer with the non-English-speaking population of the country. Therefore, starting off with vernacular, Koo said it will soon be in at least 25 Indian languages.

And it is one of the many differentiating factors for Koo from its competitors in the market, especially Twitter.

“Twitter gets millions of tweets every day but very few which are available in Indian languages— which means people in Indian languages are not using Twitter as much as they could. Twitter is very small in India and I believe the larger population is going to use micro-blogging apps in native languages. And hence, you need to ‘Indianise’ the micro-blogging platform and format so that Indians find it very relevant,” he explained.

The app not only gives the user an option to select a language of his/her choice of consumption but also list the people who are Koo-ing in that particular language, which further helps them to be discovered easily.

“We have made the discovery of people very easy. Our keyboard has transliteration and we have very deep Indian features in the product that are very helpful for the vernacular audiences,” he added.

The app is available for both iOS and Android devices. Asked if the app plans to go global, he said, “There is no problem in having a global ambition. But there are global companies coming to India to cater to the second-largest internet population in the world. The first thing we should do is cater to our market meaningfully. Our objective is to solve the Indian problem first. Will we go global or be available in other markets? Sure we will look into that, but no plans as of now.”

Dismissing reports that said the Koo app was found to be leaking sensitive user data, he said there is absolutely no user privacy issue on the platform.

“Profile-related information is optional for users who are coming onto our website. Users are given the option to enter the information that they want other users to see,” he said.