Beginning March 2, the matches will be broadcast Live on Colors Cineplex, Colors Kannada Cinema, Rishtey Cineplex. It will also be streamed live on VOOT and Jio 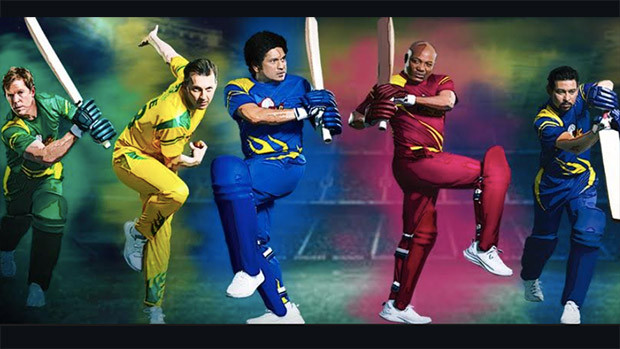 Unacademy Road Safety World Series has announced two new teams - England Legends and Bangladesh Legends for the T20 series which will start at the Shaheed Veer Narayan Singh International Cricket Stadium in Raipur from March 2 to 21, 2021. Owing to Covid-19 travel restrictions, Australia Legends had to pull out of the series. They will be replaced by Bangladesh Legends while England Legends have been included as the sixth team for this series.

The Unacademy Road Safety World Series is an initiative by Road Safety Cell of Maharashtra in association with Professional Management Group (PMG) spearheaded by Little Master Sunil Gavaskar as the Commissioner of the Series and Sachin Tendulkar is the Brand Ambassador of the League. Education technology platform Unacademy is the title sponsor and Viacom18 is the broadcast partner of the league. The matches will broadcast Live on COLORS Cineplex, Colors Kannada Cinema, FTA channel Rishtey Cineplex. It will also be streamed live on VOOT and Jio.

Founder of the Road Safety World Series, who is also a Senior Member in the Road Safety Cell of Maharashtra, Chief of RTO Thane (Konkan Range) and who was recently honoured by Wockhardt Foundation with India Corona Warrior Award, Ravi Gaikwad said, “It gives me immense pleasure to welcome the England Legends and the Bangladesh Legends to the Unacademy Road Safety World Series. Their participation will add to the competitive spirit of this exciting series. The importance of this series has gained further relevance given the fact that the number of deaths due to road accidents haven’t lessened even during the pandemic. We all need to carry on with our efforts to create maximum awareness towards road safety and save as many lives as possible on Indian roads.”

Speaking about the same, Rohan Lavsi, Head, Hindi Movies Cluster, Viacom18, said, “Our league just got BIGGER with inclusion of England Legends and Bangladesh Legends. It is unfortunate that Australia Legends had to pull out due to their Domestic Covid restrictions however, inclusion of these 2 new teams will surely make up for the loss of Australia Legends. Cricket in India is not merely a sport, but a way of life and we are excited to bring the legends of international cricket to Indian audiences once again. The new teams of England Legends and Bangladesh Legends are sure to up the ante of excitement and entertainment of fans as they get to see their icons once again on the field.”

As cricket is the most followed sport in the country and cricketers are looked upon as idols, Road Safety World Series T20 League aims to influence and change people’s mindset towards their behaviour on the roads and create awareness towards road safety in the country.