Sony Pix plans a bucket of entertainment for movie buffs

Along with the latest IP ‘Pix Arena’, there will be the return of the multi-lingual festival ‘Mind It’. Then there will be the Indian television premiere of ‘Little’ and ‘Mary Magdalene’ followed by ‘Mega PIXathon’ 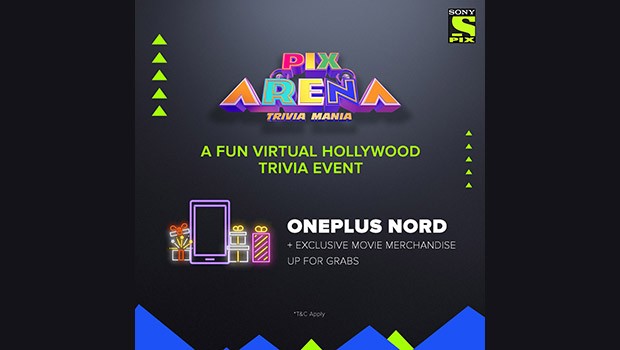 Sony Pix’s latest IP ‘Pix Arena’ will engage with hardcore Hollywood fans for the next few weeks. Additionally, there will be the return of the multi-lingual festival ‘Mind It’. There will also be the Indian television premiere of ‘Little’ and ‘Mary Magdalene’ on March 14 and March 28 plus a ‘Mega PIXathon’ of blockbuster Hollywood movies and more.

Phase 1 of Pix Arena is a series of trivia nights planned for everyone who breathes Hollywood. With events planned on February 27, March 6, March 7 and March 13, audiences can take a break and unwind. Winners who prove their fandom stand a chance to win exclusive merchandise including a mega prize, One Plus Nord.

Then ‘Mind It!’ the programming property will start on April 15 and will air popular movies in English, Hindi, Tamil and Telugu languages, from Monday to Friday at 9pm until April 30.

Tushar Shah, Business Head, English Cluster, Sony Pictures Networks India, said, “We continue to strive for excellence and amazement via innovative programming as well as marketing initiatives and are excited about the upcoming line-up. ‘Pix Arena’ is our tribute to Sony Pix fans who eat, sleep, live Hollywood. Also, it’s endearing to see the love and support for properties like ‘Mind It!’ and ‘Mega PIXathon’. It encourages us to bring back these popular IPs.”