Optimistic about revival of growth in 2021, auto industry to boost overall adex

The Budget’s push to boost the economy, plus new vehicle launches, will push the industry’s ad spends by 15% for the coming fiscal. A large portion of spends will go on digital followed by TV and print 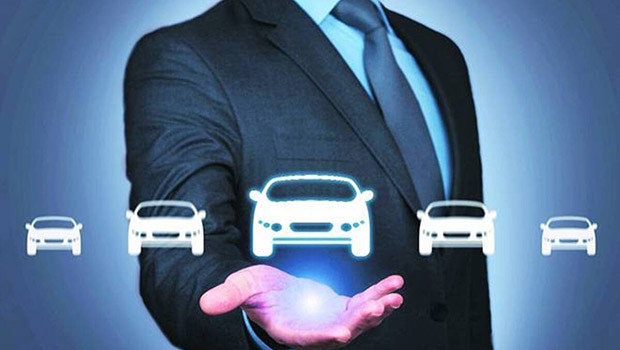 The automobile industry still remains the second-largest contributor to advertising expenditure even after witnessing a major slowdown in consumer demand in the past year, accounting for a tenth of overall spending.

While the sector hopes to revive in 2021, its advertising spends will grow around 15%. Auto players tell BestMediaInfo that the economic growth fuelled by the recently announced Budget will result in good growth for the advertising industry this year.

In the last quarter of 2020, ad spends in the auto segment had seen a spike compared to pre-Covid months. This means the Indian economy is showing signs of resilience and forward-thinking. There is a focus on the socio-economic development of the country with an emphasis on railways, the power sector, infrastructure, healthcare, and enhanced digital connectivity. This, according to Vijay Kaul, Deputy General Manager, Marketing Communication, Yamaha India, will surely drive more employment and income across the SEC. “This will further push the spends by least 10% to 15% over the same period last year (estimated growth in spends factoring the new launches and budget push to boost economy),” he said. Speaking on behalf of the owned cars segment, Sumit Garg, MD and Co-founder at Luxury Ride, said the pandemic has given rise to the trend of automobile brands communicating with consumers a lot more through digital platforms. It is believed that the industry’s ad spends are likely to go up in the near future.

Larger spends on digital for FY21-22

Last year, the auto sector topped with 18% share of ad space volume; and of the top 10 advertisers in print, seven were automobile manufacturers.

While digital will surely see a growth in spends compared to other mediums, Kaul said TV and print will have their own role, which will not be compromised.

Yamaha has a market-level strategy wherein TV, print, content will help to build brand score and consideration and digital will play an important role across the customer purchase funnel, from search to action. With the projected overall growth in the economy, one can expect similar growth in the overall advertising spends as well, said Shashank Srivastava, Executive Director, Marketing and Sales, Maruti Suzuki India.

The auto industry’s spends are generally in the range of 7 to 8% of the total ad spends with digital around 25% and print being the largest contributor. But he said that the Union Budget with its general thrust towards digitalisation and the pandemic-accelerated consumer behaviour will obviously speed the process of larger spends on digital platforms. While he expects the industry ad spends to grow around 15%, the digital spends, which are around 25% for the auto industry, should jump to around 33% of the total spends.

The increased penetration of the internet, the greater usage of smart devices and media consumption habits towards digital platforms such as OTT will alter the spend patterns going forward, he said.

Faster revival in this year

The auto industry saw some early signs of recovery from October to December last year. And with huge emphasis on infrastructure in the budget, which will help revive the economy as well as generate employment, Kaul is optimistic of the industry’s revival in 2021. Besides driving the country towards Aatmanirbhar Bharat, showing keen support for the manufacturing sector, especially in technology innovation in the automotive sector.

The fortunes and the well-being of the auto industry are closely correlated to GDP growth and consumer sentiment. On both counts, Srivastava said, the budget should be positive for the industry. Although, the predictions for next year are tough given the current supply issues and also the uncertainty regarding the Covid, but he said the industry hopes for a good growth this year.

The scrappage policy is expected to give a boost to the auto sector by phasing out older, inefficient and polluting vehicles and the use of more environment-friendly vehicles.

In terms of pre-owned automobiles, Garg said the voluntary scrapping of old vehicles is a welcome move as it will boost supply and demand for pre-owned vehicles. Doubling of the tax audit limit to Rs 10 crore will improve ease of conducting business for micro and small enterprises and will benefit the used-car dealer ecosystem.