Experts feel that while there is no direct relief for the media and entertainment industry, the boost to other sectors such as healthcare, infrastructure and start-ups will fuel the sagging sector 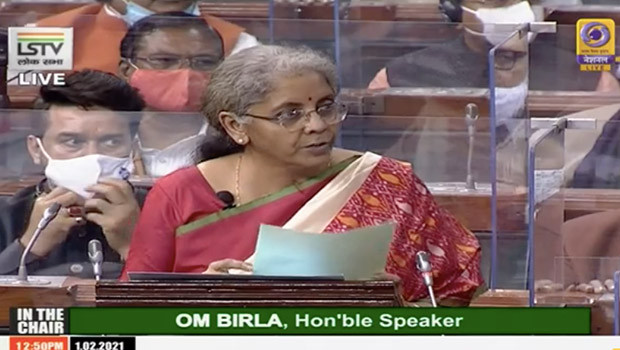 The highly anticipated Union Budget announced by Finance Minister Nirmala Sitharaman comes as a boost for the healthcare, infrastructure and start-up sectors but there is no direct relief for the media and entertainment industry that has been hit hard with theatres shut, shootings being stalled and advertising revenues falling down. Experts, however, hope the budget will boost the overall economy, which, in turn, would help to revive the struggling industry.

Anupriya Acharya, South Asia CEO, Publicis Groupe and President, AAAI, said going by all views and surveys shared on expectations, one was expecting mostly cautious incrementalism but it is really a great budget. “Budget 2021 is very pro-development, pro-transportation. With the vision of Aatmanirbhar Bharat, it has focused on good governance and women empowerment. And combined with enhanced spending on the health sector, it should not only help in economic recovery but also drive strong growth agenda. Such an increase in capital expenditure even after the economic crisis due to the pandemic, despite the contraction in the economy, bleak global outlook, etc., must definitely be appreciated.”

“Other areas that are much appreciated are an effort to boost India’s automobile sector. The Union Government’s decision to introduce a voluntary vehicle scrappage policy and a scheme to augment public transport system will really help the auto sector, which has been witnessing a sharp slowdown in sales since 2019. Also the government’s facilitation in setting up ‘world-class’ fintech hub will help bring together new technologies such as big data, AI and blockchain to transform the way financial services are delivered, making them cheaper, more efficient, more convenient and more inclusive.”

She said multiple measures to incentivise start-ups such as 100% tax exemption for three years, amendment of the Companies Act to allow new start-ups to register in one day, allowing NRIs to invest through OPC (one-person company), etc., to open up opportunities in the area of health, hygiene, water, clean air, sanitation, etc., is a great move. “I think all in all, it’s a very positive, growth-oriented budget and it is also heartening to see that there is no increase in taxation, which a lot of people were worried about as seen in the surveys and coverage on expectations from the budget.”

However, she said the execution of the plans would be critical for their success. “Yes, there is no material allocation made to the entertainment industry that was severely affected by the pandemic and lockdowns, with theatres shut and a halt on productions of films and TV. But from an overall advertising and marketing perspective, a budget that drives growth and hence puts money in the hand of the end consumer will benefit media and entertainment. So hoping for the best. Now all eyes are on execution, which is critical for success,” she said. Bhasin said one has to still see the fine print because the important thing is that the ideas presented must result in smooth on-ground implementation, where our track record has not been that great in the past. “Overall, I find this a good, growth-oriented budget, with some benefits for almost every section of the economy. Hopefully this should bring our GDP growth into double-digits, making India the world’s fastest-growing economy this year,” he said.

K Madhavan, President, IBF, said the focus on privatisation will, in turn, help the media and entertainment industry. “This is a growth-oriented budget that will provide a strong and much-needed impetus to the economic growth engines in the wake of the pandemic. The focus on privatisation and providing support for start-ups and innovation is likely to benefit the overall corporate sector and in turn help the media and entertainment industry, as it will lead to strong advertising growth. I believe this budget can pave the way for the resurgence of economic growth in a significant and impactful manner." According to Mohit Jain, Vice-President, Indian Newspaper Society (INS), “Our understanding is that the Government has made sincere efforts in reviving the overall economy. This should certainly provide an impetus to boost the economy. While we will study the full implications of the fine print, broadly my understanding is that the Government has rationalised the taxes and that should help in boosting the economy. We saw the stock market’s response in terms of the optimism it has created.”