Ishara will be 2.0 version of Indian television, says Mansi Darbar of In10 Media

Darbar, Network Vice-President, Corporate Strategy and Development, In10 Media, talks about the positioning of the new GEC and how it is going to be a differentiator in a tough market 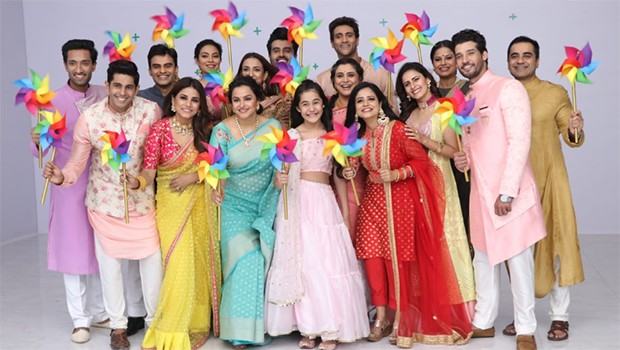 Content for television must evolve to keep pace with the changing taste of the audience, believes Mansi Darbar, Network Vice-President, Corporate Strategy and Development at In10 Media, which has announced the launch of Ishara, a new general entertainment channel (GEC) that aims at looking at Indian values and culture with a fresh approach. “When we first thought of doing Ishara, and enter the GEC pay market, we thought about how it is going to be a differentiator because you already have big players in the market and then you also have &TV and such channels. With the tagline ‘Zindagi ka nazara’, we are talking about the celebration of life. Celebration of good storytelling, characters and relationships. That was the positioning we arrived at, which tells different stories ranging from love, drama, crime and coupling it up with Ishara in terms of the shows we are taking to the audience,” she said.

“The differentiator for Ishara is that we are doing a 2.0 version of shows on Indian television. We are trying to say that while we are still doing stories on the back of Indian values and culture, we are giving it a fresh approach. For example, we have our mothers and grandmothers who still watch TV but they are also tech-savvy and use online banking and Zomato. This entire TG is moving further and evolving,” she added.

According to Darbar, stories told on the channel will remain true to Indian values and beliefs but will also be progressive and have positive storylines and characters.

Darbar said they will have more clarity on the advertising response once it launches. The channel has launched a brand anthem titled ‘Ishara, zindagi ka nazara’ to further position its image. The song is a sneak peek into the shows that the channel will introduce.

“We decided that since we are entering a difficult market, and building a brand with values and culture along with the programming and content, we needed something that will become our official communication to trade and consumer.”  The song’s lyrics have been written by Bollywood lyricist Swanand Kirkire and choreographed by Feroz Khan.

Speaking about Epic, the network’s flagship channel, Darbar said it has been performing well in terms of business. The channel was introduced as a GEC and converted into an infotainment channel. “It continues to be a channel that has all the respect in the market and we continue to do new programming. We are doing 4-5 different genres in the infotainment space and in terms of business, it is doing well.”

Asked about channels such as Discovery that are actively started tapping the Hindi-speaking audiences, she said, “Discovery is tapping the Hindi space and then you have History and Nat Geo, which are competition for Epic. But the difference is that Epic is commissioned in Hindi and they have not really delved deep into Hindi content.”

Tags: Ishara will be 2.0 Mansi Darbar In10 Media
Advertisment
More from this section