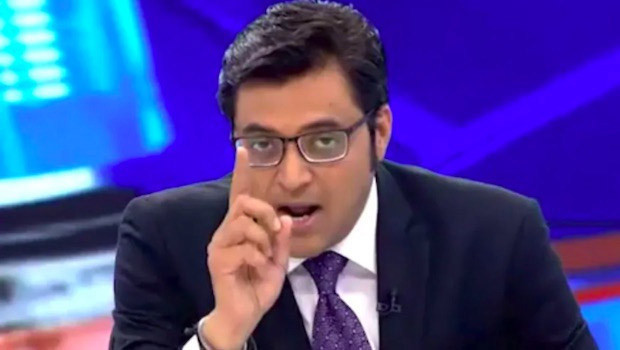 Some of the top people from the media industry, along with the general public, have come out in support of BestMediaInfo.com after Arnab Goswami issued legal threats to the b2b media platform to stop the publication of a proposed news report on several brands pulling out ads from Republic channels since October 2020.

BestMediaInfo.com and its founder and Editor-in-Chief Niraj Sharma had received a legal notice from Goswami, via Pheonix Legal, on February 12.

The cease and desist notice was an attempt by Goswami to stop the publication of a well-researched news report on advertising making a one-sided deluge from Republic.

BestMediaInfo.com had published the legal notice on February 13 (Saturday). Once the notice became public, support poured in for BestMediaInfo (BMI) from all quarters as the industry stood solidly behind BMI's journalism.

Republic TV has served a legal notice to media trade portal https://t.co/C0wc8fZZ8z asking it not to publish a news report claiming that several companies had cancelled advertising contracts with the channel since October. https://t.co/VTqNBchnF5

"BestMediaInfo found that more than 40 of the country’s top brands (names withheld) had stopped advertising on Republic Media Network between October and December 2020."

And Republic has sent them a notice to stop them from revealing it.https://t.co/NNTlAoCtvS

I support Best Media Info's stand to share news.
Arnab should be in jail
Also, glad to know brands are pulling out of Republic https://t.co/ppVAjuDi6q

What a qualified douchebag! https://t.co/USu92YXuHO

It's *amazing* how often people who portray themselves as champions of *free speech* will resort to legal threats to silence others... https://t.co/meCJN2V7Ji pic.twitter.com/4AjhLuzoYm

The legal notice issued by Goswami through his law firm said, “We are issuing this letter in view of your proposed defamatory, falsified, motivated, concocted publication where, in effect, you are attempting to put forward a malicious, false predetermined premise and conclusion, unsupported by verified facts. Your falsified narrative (that has been presented as a fact) claims that since the alleged TRP controversy broke out, there has been a one-sided deluge of advertisers who have withdrawn from the Republic Media Network (your proposed story as per your query mentions that 80 advertisers have quit since October 2020, and out of which 30 have quit after the WhatsApp leaks broke out in January 2021).”

The notice says, “Should BestMediaInfo.com not comply, Republic will take the strongest legal action.”

BestMediaInfo.com’s editorial team had reached out to Republic’s CEO Vikas Khanchandani on Thursday for a comment on the proposed news report as journalistic ethics make it mandatory for every publication to try and obtain comments and views from all parties involved.

During its detailed research, BestMediaInfo.com found that more than 40 of the country’s top brands (names withheld) had stopped advertising on Republic Media Network between October and December 2020.

The brands apparently acted after BestMediaInfo.com published a news report (dated September 28, 2020) about advertisers asking news channels to stop broadcasting toxic content. The news report led to a wider discussion on the subject, with more advertisers echoing the same views.

More than 30 advertisers pulled out advertising from Republic’s channels in January when the purported WhatsApp chats between Goswami and former BARC India CEO were first published by BestMediaInfo.com. The alleged chats were submitted as proof in the chargesheet filed by Mumbai Police in the alleged TRP scam.