The association is set to involve viewers in exciting ways through contests, giveaways and to promote the launch of realme X7 5G and X7 PRO 5G smartphones 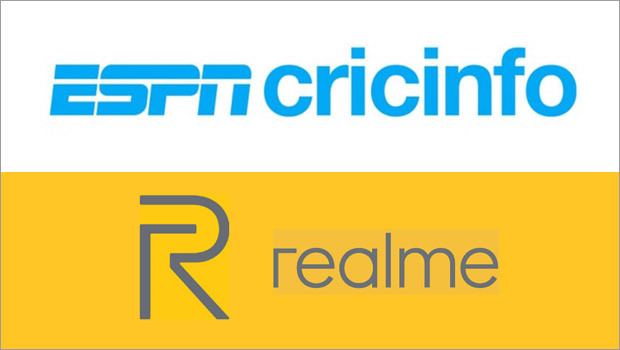 With the nail-biting finale to the India-Australia series pumping up cricket fans everywhere, excitement soars at an all-time high for the ongoing India-England series for 2021. With the test series win, there has also been a huge fan demand and following to produce some of these moments of expert analysis that go on much after the match starts or ends. So, to kick off this much-anticipated tournament, ESPNcricinfo is amping up its flagship pre-post live video analysis and discussion show in its 10th year of inception, ESPNcricinfo Match Day, through a premier association with the smartphone brand, realme, as its Powered By sponsor. The brands have joined hands in a collaboration that spans across Match Day editions (including pre-match, mid-match, and post-match) for all 12 matches to engage viewers in exciting ways.

Keeping realme’s latest product, fans, and most importantly, cricket at the heart of this association, ESPNcricinfo will institute an exclusive integration segment titled realme Power of 5, created and taken live on the Match Day show. As part of this segment, an interactive contest will be initiated between the host and guest experts – some of the best voices in international cricket, including Gautam Gambhir and Ian Bell among others – tying in elements of fun-filled cricket infotainment, sure to delight India’s cricket lovers. The guests and host will engage in a time-bound pop-quiz, counted down on the new realme X7 5G and X7 PRO 5G smartphones. ESPNcricinfo anchors will be among the first ones to use the newly launched realme smartphones. The integration will be positioned into pre-match shows during T20Is and ODIs, as well as the lunch show for Test matches.

Keeping in line with ESPNcricinfo’s priority of creating engaging fan-focused conversations and shows, the brands will also build on further engagement through a unique cricket-focused quiz for top experts on the show. The quiz will also be extended to cricket fans on ESPNcricinfo’s Facebook page, where informed and lucky fans stand a chance to win the newly launched realme X7 5G phone. Additionally, to allow users to join in and try their luck each time, the quiz is refreshed with every match in the series.

Commenting on the association, Akshaya Kolhe, Head of Sales, ESPN South Asia, said, “We're excited to partner with realme, enabling us to consistently deliver exciting, innovative and engaging cricket content, true to the DNA of ESPNcricinfo. This association highlights our efforts to create scalable relationships with brands and supplements our commitment to engage fans by going scores se lot more. The collaboration is also a natural and meaningful fit to the show and gives more reasons for our fans to follow the show.”

Madhav Sheth - VP, realme and CEO, realme India and Europe, added, “ESPNcricinfo appeals to all kinds of cricket fans, making it one of the most sought-after platforms for fans to experience the passion of cricket. Through this partnership, realme will bring a new dimension of viewing for cricket fans who desire a fantastic overall experience on their smartphones. This particular association also reflects our efforts towards scaling our offerings for the customers in the country. Cricket is known to be one of India’s most unifying events in capturing consumer attention, and with the oncoming India-England series, realme is excited to engage with such an event and partnership.”