Not only the IPL sponsorship revenue is expected to go up with the return of Vivo as the title sponsor of the tournament, but experts believe the league will definitely boost the overall adex for 2021. The summer brands, along with the new-age digital-first brands, are expected to spend big 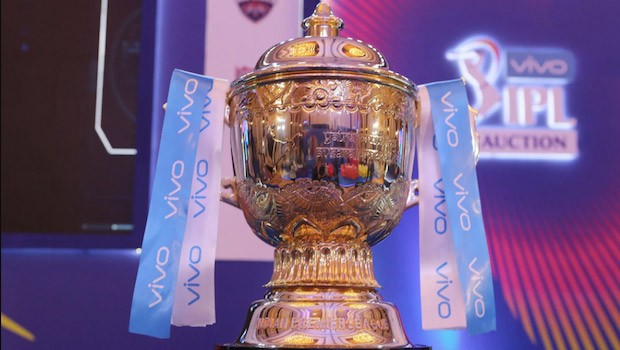 Brands are lining up to make the most of the Indian Premier League (IPL) frenzy and are expected to spend 10% more on advertising during the tournament compared to the last season.

Both the Board of Control for Cricket in India (BCCI) and Star India are expected to gain big in terms of on-ground sponsorship and television and digital advertising during the matches.

The 14th IPL season, which got Vivo back as title sponsor, is set to be played between April and May and players’ auction for the tournament is currently on.

“IPL is a very important property and it delivers year on year. All advertisers are waiting for IPL 2021 and the inventory will definitely be full. I expect 10% growth from last year in terms of revenue,” said R. Venkatasubramanian, President and National Head, Investments, Havas Media. He expects that after 10-15 matches, BCCI may allow 50% crowd to watch matches live in stadiums. Monaz Todywalla, CEO of PHD India, said the momentum is already picking up with the India-England series, and with the IPL, the stage is set for a further encouraging uptick in adex this year.

She said with stadiums operating at half capacity, and masks and other precautions being made mandatory, the audiences will feel reassured and return to the real experience, especially after having watched cricket on screens for an entire year.

IPL 2021 is also happening in its normal season time. Though last year, the league happened a little later than usual, it came out as pandemic-proof with sponsorship crossing the Rs 500-crore mark.

Summer brands are likely to come back with aggressively as last summer was a washout. Navin Khemka, CEO, MediaCom South Asia, expects IPL 2021 to be high on demand and set the trend for Q2 2021.

The sporting league is like a jewel in the crown of advertising opportunities for marketers. Every marketer would like to associate with IPL in some or the other way, depending on the brand’s advertising and business objectives and equally on how deep their pocket is, said Abhinav Iyer, General Manager, Marketing and Strategy at Muthoot Finance.

Even in the past, IPL has seen equally challenging times, if not more, and has come out bigger and stronger. So many controversies that have bedevilled IPL in the past, but none seem to have dented its value as an advertising property. And now with things gradually opening up, he feels IPL this season might only be even more watched and even more entertaining. This scenario, Venkatasubramanian said, will remain the same in IPL 2021, plus there will be other categories such as consumer durables (AC, fans), beverages, etc., that are likely to advertise.

With focus and impetus on online consumption and digital content, even Todywalla doesn’t think there will be a very drastic change in this regard.

Alongside these categories, there may be significant participation from FMCG, durables, auto, ecommerce, food-delivery and BFSI segments, as customer reliance on these is steadily increasing over last year, she said.

Consumer sentiment though cautious, seems to be on a revival and experts are hoping to see brands using IPL as a penetration exercise to reach out to more and newer consumers.

“If you observe, three of the top five categories were common between IPL 2019 and IPL 2020 — cellular phones, smart phones, ecomm, gaming and ecomm wallets. I think that shift had begun quite sometime back and with growing consumer propensity to shop online, this trend is only here to stay and grow further,” Iyer said.

Last year, Dream Sports had bagged the title sponsorship of IPL for Rs 220 crore. While that was about half of what the 2019 sponsor paid (Vivo paid Rs 440 crore, a 10-fold increase from Rs 40 crore DLF Ltd. paid in 2008), media agencies are expecting the sponsorship revenue to go up this year.

Todywalla said the sponsorship revenue is certainly going to increase substantially over 2020, which was an unusual year.

“The very fact that Dream11 IPL last year was just a one-year deal is enough testimony that BCCI, the league, the franchisees, broadcasters and the entire ecosystem strongly expected a northward growth in advertising and sponsorship revenues in the subsequent year, i.e. this year,” said Iyer.