Bigg Boss garnered impressive numbers; fiction shows will continue to be our bread and butter: Manisha Sharma of Colors 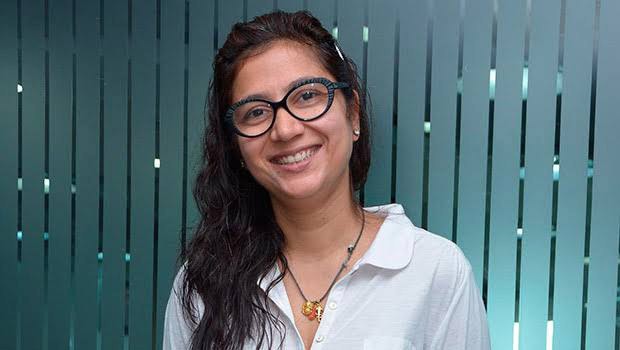 “After Bigg Boss, we have a very impressive line-up of shows ready to go on air. We have launched Bawara Dil, which airs on weekdays, from Monday to Friday, at 10.30 pm. Replacing Bigg Boss on weekends will be Dance Deewane, which will air at 9 pm,” says Manisha Sharma, Chief Content Officer for Hindi Mass Entertainment at Viacom18.

The channel has launched a number of shows in the past few months. Talking about how the audiences have reacted to the new programme slate, Sharma said, “We launched Namak Issk Ka, which picked up well and recently launched Bawara Dil, which we are very excited about. We are set to launch Dance Deewane, which will anchor the weekend non-fiction slot at 9pm. We continue to invest in and feel connected to shows like such as Choti Sarrdaarni, Barrister Babu and Shakti. The weekday fiction line-up will be further strengthened with the launch of Udaariyaan in March. Along with the above, we will see a lot of new exciting experiments in the coming year.”

Speaking about the concluded season of Bigg Boss, Sharma said despite the pandemic, they managed to pull a successful season. “We go through this phase every year as we are invariably always compared to the previous season. It is a fact that nothing is going to ever replicate itself year after year. Though pandemic posed several challenges, we were successful in pulling off the biggest reality show of India. This season has been dearer, as it was harder to deliver a power-packed entertaining show meeting all protocols as required. It started well, but we did not settle with numbers as we did in the previous year because we launched in the middle of challenging times. We did build momentum and it started picking numbers soon enough, which were unheard of. We picked all our numbers before our lead-up into the extension. Our finale has also done really well and it makes us feel optimistic about the season because the show has ended well and we managed to garner impressive numbers in viewership.”

“While Bigg Boss is our marquee show, fiction shows are going to remain our bread and butter. The idea is to keep attracting eyeballs with upcoming shows such as Bawara Dil and Udaariyaan. We also have Dance Deewane launching over the weekend and Fear Factor in the pipeline, which we are excited about. We have a variety of shows to fill the void left by Bigg Boss,” she added.

Asked about IPL returning in a shorter time span and its impact, she said they are sure of reducing IPL’s impact with a strong weekday and weekend programming line-up.

She said despite the pandemic, the newer season of Dance Deewane managed to bring on board some exceptional talent, which is what will make the difference when the show goes on air. “When you do shows like Dance Deewane, which are talent-hunt shows, there is very little that you can differentiate every year as the concept does not vary. It is all about going out there, finding talented contestants and surpassing the benchmarks set by the previous year, which itself is an art. For the third edition of the show, we have made changes to the judge’s panel by introducing Dharmesh Yelande while Raghav Juyal is our new host. Our endeavour every time is to make sure that we scout for engaging talent from across the country and staying true to it, we have a fabulous array of talent from across India.”

“With the unique proposition that dance is the only language and age is no bar, Dance Deewane both as a show and as a brand has strongly resonated with the audiences for the last two seasons. Despite a rollercoaster 2020, we yet again break the stereotypes around age and define dance deewangi in a new avatar. The talent and passion of the contestants will inspire and entertain viewers across the country. We are positive that in this season, the contestants will not only leave the audience spellbound but the new judges’ trio of Madhuri-Tushar-Dharmesh will also take the show to newer heights. Our new host Raghav is sure to steal the show with his wit and humour. We are going all guns blazing and hope to launch a bigger and better season, yet again,” she added.