Goswami-owned Republic Media Network has threatened BestMediaInfo.com of dire consequences if it publishes its well-researched report on many brands pulling out advertising from their news channels ever since BestMediaInfo.com started the debate over “toxic content” followed by TRP scam and the purported WhatsApp chats between Goswami and former BARC India CEO became public 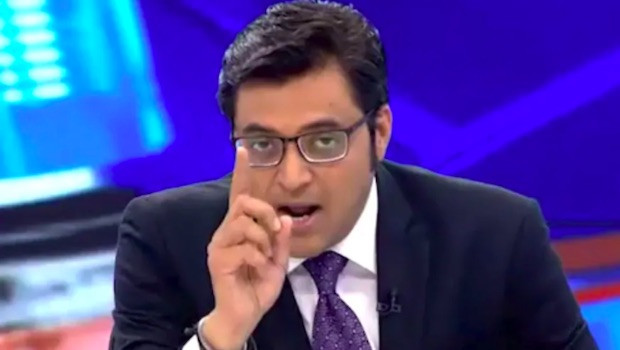 In an attempt to stop BestMediaInfo.com from publishing a well-researched news report on several brands stopping advertising on Republic Media Network channels since October 2020, the Arnab Goswami-owned ARG Outlier Media (Republic TV) has sent a cease and desist notice to Niraj Sharma, the Founder and Editor-in-Chief of BestMediaInfo.com.

BestMediaInfo.com’s editorial team had reached out to Republic’s CEO Vikas Khanchandani on Thursday for a comment on the proposed news report as journalistic ethics make it mandatory for every publication to try and obtain comments and views from all parties involved.

During its detailed research, BestMediaInfo.com found that more than 40 of the country’s top brands (names withheld) had stopped advertising on Republic Media Network between October 2020 and January 2021.

The brands apparently acted after BestMediaInfo.com published a news report (dated September 28, 2020) about advertisers asking news channels to stop broadcasting toxic content. The news report led to a wider discussion on the subject, with more advertisers echoing the same views.

More than 30 advertisers pulled out advertising from Republic’s channels in January alone when the purported WhatsApp chats between Goswami and former BARC India CEO were first published by BestMediaInfo.com. These advertisers are in addition to the ones who opted out between October 2020 to January 2021. The alleged chats were submitted as proof in the chargesheet filed by Mumbai Police in the alleged TRP scam.

It is pertinent to note that BestMediaInfo.com, in order to establish BestMediaInfo Impact, had only picked the advertisers who were “regularly” and “heavily” advertising on Republic but were spotted on other news networks except for Republic Media Network from October 2020.

Late last year, Mumbai Police had filed a case against Goswami, along with several executives of Republic Network and former leadership of BARC India, for allegedly manipulating the TRPs in favour of Republic channels.

The legal notice sent by Republic, through Phoenix Legal, seeks to desist BestMediaInfo.com from publishing its well-researched news report. “We are issuing this letter in view of your proposed defamatory, falsified, motivated, concocted publication where, in effect, you are attempting to put forward a malicious, false predetermined premise and conclusion, unsupported by verified facts. Your falsified narrative (that has been presented as a fact) claims that since the alleged TRP controversy broke out, there has been a one-sided deluge of advertisers who have withdrawn from the Republic Media Network (your proposed story as per your query mentions that 80 advertisers have quit since October 2020, and out of which 30 have quit after the WhatsApp leaks broke out in January 2021).”

The notice says, “Should BestMediaInfo.com not comply, Republic will take the strongest legal action.”

The notice said that the ongoing pandemic and the tough economic conditions would have also impacted the advertising on the channel.

“Furthermore, the world economy as a whole has suffered because of Covid-19 and there cannot be any doubt about the fact that Covid-19 has affected our clients, and the advertising industry is also no exception. It is however totally malicious and misleading for you to try to link normal economics with the TRP controversy, in addition to completely fabricating the facts on your very premise,” the notice said.

The notice added, “The proposed news report is part of a mala fide, vicious, vexatious and deliberate campaign inter alia to tarnish the reputation of our client. Our clients believe that you are acting either at the dictates of, or in collusion with competitors of our clients, who it is well known, are at loggerheads with our clients.”

Commentary: Was Partho Dasgupta being played by Arnab Goswami?