Speaking to BestMediaInfo.com, Manisha Kapoor, Secretary-General of ASCI, said the campaign will encourage people to report misleading and objectionable ads with the self-regulatory body. The creative agency behind the digital campaign is Infectious Advertising 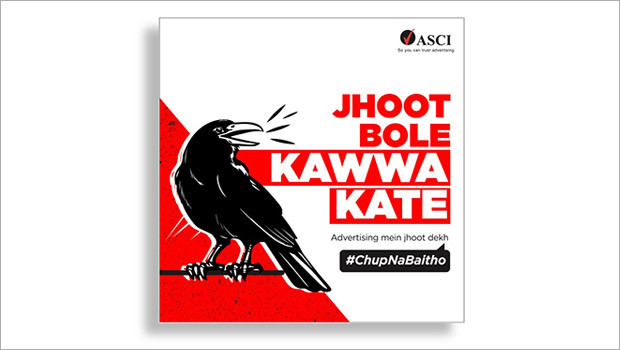 The Advertising Standards Council of India (ASCI) has launched a digital campaign titled #ChupNaBaitho to build awareness about misleading and harmful ads and encourage people to make the effort and report such advertisements to the council.

“The campaign is aimed at creating a call to action. It will encourage people to not sit quiet and share, register with the self-regulatory body,” Manisha Kapoor, Secretary-General, ASCI, said.

The campaign will have social media posts about relevant topics and a call to action, which would tell consumers when and how to report advertisements that are offensive, misleading, make fake promises, push harmful products, etc. The campaign will go live on Instagram and Facebook along with other platforms from today.

“With this campaign, we are expecting many more complaints coming from the public and raise awareness about ASCI,” Kapoor said.

The creative agency behind the campaign is Infectious Advertising. Kapoor said Nisha Singhania, Co-Founder of the agency, is part of ASCI’s consumer complaints council and has been involved with the regulatory body, and so understands the organisation and its objectives.

The campaign’s communication tone is very conversational. The languages used in the creatives are a mix of English and Hindi so that people can easily understand the message and relate to it.

Kapoor said the penetration of digital ads is significantly high in India. “We feel starting on digital will not be a disadvantage. However, in the upcoming phases of the initiative, we will use other mediums.”

“We are fortunate to have good partners working with us in this initiative. As far as the media is concerned, in the coming phases, we will be able to get some good deals on media,” Kapoor said.

Kapoor said ASCI’s ‘The Trust in Advertising study’ released in November 2020 stated that only 10% people report about misleading ads formally, another 20% talks about it on social media and more than 65% don’t do anything about it.

“Consumers are our allies; they are eyes and ears for us. When people see something misleading, they should know that there’s a mechanism that can solve the problem and they can be a part of that solution without being quiet,” Kapoor said.

The creatives will have a WhatsApp number where people can connect and register a complaint about misleading or objectionable ads. “Once we get the WhatsApp message, ASCI will get details of what their complaints and objections are with the ad,” Kapoor said.

“We will be covering a broad spectrum of product categories, including the ones we frequently get complaints about. This is an on-going exercise and we will be certainly looking to add further to it by bringing newer ways with fresher creatives,” Kapoor said.