Conceptualised by Mullen Lintas, the campaign showcases the Bengalis’ penchant for perfection in every little thing around food 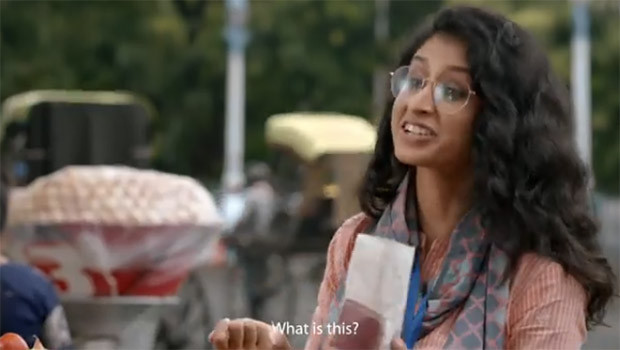 Tata Tea Gold has followed up on its Durga Puja initiative to launch an exclusive campaign for West Bengal aimed at celebrating the ‘Bengali way of life’.

When it comes to their love for food, the people of West Bengal take great pride in their rigorous selection approach and an eye for detail. The new Tata Tea Gold campaign for West Bengal is a celebration of this uniquely Bengali cultural code, “khutkhute-ness”, which is evident in everyday situations.

The film, conceptualised by Mullen Lintas and created by Bengali filmmaker Shoojit Sircar, opens in a Kolkata street food stall where a young office going girl, who has just taken the first bite of jhalmuri, stops in between and asks the vendor to give crunchier ones. More such illustrations follow, whether it is for measuring the exacting thickness in a perfect plate of kosha mangsho or the flawless softness and warmth of a roshogolla or the right firmness in a fish, all showcasing the Bengalis’ penchant for perfection in every little thing around food. It reaffirms that Bengalis will never settle for anything less than perfect.

The film then pans out to a woman asking for aromatic tea leaves. While evaluating some tea in her hand, she looks unsatisfied. She asks for tea that would lend the taste buds a relishing flavour. The shopkeeper hands over a shiny gold pack of Tata Tea Gold, assuring her of a flavourful tea.

All the situations shown are bound together by an engaging VO, which delightfully explains khutkhute-ness of every situation and is delivered through subtle but relatable humour, bringing a dash of vibrancy to the film.

Puneet Das, SVP, Marketing, Packaged Beverages, Tata Consumer Products, said, "Tata Tea Gold is the leading branded tea brand in West Bengal and we wanted to celebrate the West Bengal way of life by bringing alive this core idea of ‘a perfectionist mindset’ of Bengalis, especially when it comes to their everyday food and beverage choices. This is very well expressed through this colloquial term of khutkhute-ness and we have tried to capture this through situations that will be relatable to most Bengalis. This film has been curated specially for the people of West Bengal in not only that it has been shot in Kolkata, but it also has been created by Shoojit Sircar, a national award-winning filmmaker who not only is known for redefining Indian cinema, but also known for his love for food and all things related to Bengal.”

Garima Khandelwal, Chief Creative Officer, Mullen Lintas, said, “The journey of this commercial was about landing on an insight that holds completely unmistakably true for the region, just how many brands of Tata Tea portfolio are doing with region specific insights that evoke extreme relatability and makes the tea one’s own. What followed was then sharpening it with creative juices and partnering with the right talent. That Bengalis are finicky about food and the ability to craft it such that the humour of that lands for everyone to be able to see themselves and people they know reflected in the ad and be able to laugh about the same, keeping tea buying integral to the behaviour and to the resolve that follows. While sarcasm has long been the brand tonality, this was the first time we attempted it, in this humorous avatar.”