Ali, who joined the agency as Account Executive and recently stepped down as President, shares his high points and achievements 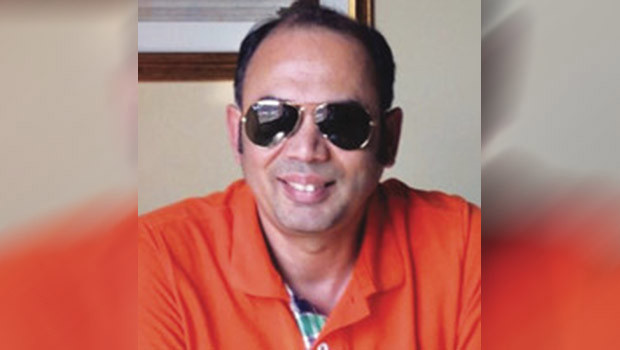 I was interviewed and selected by Preet Bedi, the Delhi head of Lintas and a semi-celebrity of those days.

On my first day at Lintas in 1995 when I walked into the office, I didn’t have a place to sit. Who knew then that when I get a seat, it will be for the next 25 years (LoL). The fact that my interview was taken by Preet Bedi, who was the office head, gave me an elevated sense that I had joined the right place. Because I always aspired to be there, and in later parts of my career when I interviewed candidates, I realised that the aspiration story continued.

My first brand Compaq, a reputed one, then introduced the concept of SOHO through Presarios. And while I was getting closer to the brand, I got an opportunity of “secondment” for a period of six months. It changed my perspective totally. Their office was at the Taj Mahal Hotel and every day I would go there. The contrast between the barsati where I lived and my five-star office became full of stories among my friends. When I came back from secondment, my image within the office changed and I was seen as truly corporate.

What really changed my fortunes was the opportunity to launch LG in India. In 1997, LG made its third attempt to enter India. And it succeeded because it got the right set of marketers. The biggest reason for the success of LG in India was its architect Rajeev Karwal, who not just ensured dynamism and speed into the brand; he ensured it was seen as a big brand. It boosted the morale of consumers and distributors and after that, the brand never looked back. We all know how big LG is today. The brand killed BPL, Videocon and Onida and you don’t see them today anywhere. I continued to work on LG for a straight 10 years and was pretty much called the LG man.

I was very fortunate to work with Balki directly for a long time. On many campaigns and projects, he was my creative director and I was his account director. That relationship was unique and it helped the businesses grow in an insane way. The Balki factor was a huge impact on not just my career but the way I looked at brands and its custodians, the people, the film-makers, everyone. He inspired the entire creative fraternity, and we all looked up to him and when he walked in, we knew that Balki has come.

Havells was under Balki’s leadership. The first ad that we did for Havells was that wire film (that tong one). Balki came down specially to meet the client to assure them that the film will be the biggest blockbuster of its time. And that happened. The mother-son wire film became a piece of communication which is still strongly associated with Havells even after a decade. What a film, what a branding. And Havells had a meteoric growth thereafter. In a book written by Anil Rai Gupta, the Chairman and MD of Havells, Balki finds a special mention. It was during these exciting times that Balki named me as the best servicing person in an annual function. And I was given the award of ‘Triumph Against Adversity’ by the HR head. Awesome!  It was during these times that I realised that if there was anyone who came closest to the kind of work Balki used to do, it was Shriram Iyer, our Delhi creative head. What fun with him, work-wise and otherwise.

Another big brand that helped me shape my sensibilities was Maruti Suzuki. I looked up to Maruti always. I mean, every car launch was thrilling. Cars are like toys and it’s absolutely exciting to launch them. The cars shoots are things to watch, what fun! My two favourite launches among many others were Ciaz and Ertiga. Both had unique challenges and both became very successful brands eventually.

Fortunately, I won and found many exciting brands to work upon and was able to influence something or the other on those. Greenply, OLX, Dabur Real, Micromax, Expedia, Honda, Vistara, Huawei. As brands, they all were full of life and learnings.

The pressure used to be very high to get an Effie on our brands. And my brands were typically big and hence the pressure was even higher to get a few metals. Usually, as a team, we were consistently getting Effies. Those moments were special for the team.

I have always been a Lintas loyalist, a Lintas spokesperson. I always kept Lintas first. I was always awed by its value system. It’s very rare and heartening to experience that. I will always miss Lintas. From an Account Executive to President, it’s been a fascinating journey of 25 years!

Also read: Amjad Ali calls it a day as President at Mullen Lintas