ShareChat takes on board Ajit Varghese as its Chief Commercial Officer

Varghese will drive monetisation at ShareChat, leading its marketing efforts and spearheading content partnerships to drive revenue. Varghese was earlier the Global President at Wavemaker 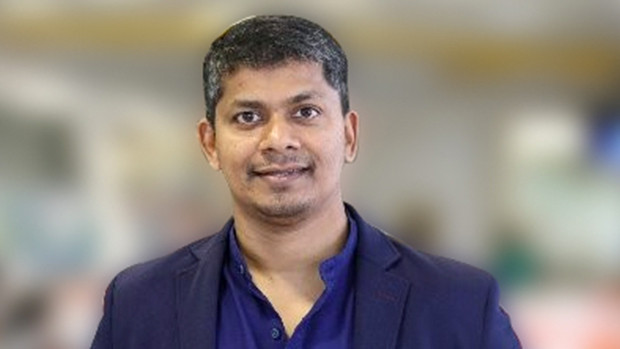 ShareChat, a social media platform in Indic languages, has announced the appointment of Ajit Varghese as its Chief Commercial Officer. An accomplished media leader known for his business centricity and digital excellence, Varghese brings in a track record of 25+ years of leading large-scale business transformations and building diverse and successful businesses around media, creative, digital, data, content, sports, and performance.

In his new role at ShareChat, Varghese will be pivotal in expanding and strengthening the platform’s revenue efforts, and building a robust monetisation approach with strategic content partnership. He will also spearhead its marketing functions, to be inclined towards brand elevation, aligned with business centricity. He will report to Farid Ahsan, COO and Cofounder at ShareChat.

This key appointment announcement comes amid Sharechat witnessing exponential growth in the past few months. The upward curve not only mirrors the new user growth and higher user engagement on the platform but also reflects an increased interest among B2C brands, for leveraging Bharat internet audiences.

Over the past few months, ShareChat has been strategising to become a future-ready organisation by delivering an immersive social experience to its users and building a global product. The platform has collaborated with leading music labels in India and across the globe, set up its centre of excellence ‘ShareChat Labs’ in Silicon Valley, and driven content partnerships with various news and entertainment organisations. Over 150 B2C brands have partnered with ShareChat to explore its strength in engaging with Bharat (language-first) internet audience on the platform.

Farid Ahsan, COO and Cofounder, ShareChat said, “Brand marketing and monetisation is going to be the core focus of ShareChat and we will direct our efforts towards elevating the brand positioning through strategic communications approach. Ajit, with his leadership capabilities and expert knowledge of the media, marketing and advertising domain, will play a critical role in further building brand awareness, deepening relationships with our business stakeholders and driving ShareChat toward the next phase of growth. Having held many globally influential   roles across his 25+ years of experience, his expertise will help us build ShareChat for the future and it is a matter of great pride to have him on our leadership team.”

Joining ShareChat, Varghese said, “Having previously worked and transformed several global organisations, it has always been a hidden desire to contribute towards transforming an Indian organisation to global repute. I believe ShareChat in the next few years will evolve as the default partner to every brand, homegrown and global, who intends to engage with the internet-first population. As the digital advertising landscape awaits the inclusion of over 400 million new internet users, mostly inclined towards native languages, ShareChat will stay at the forefront of unveiling a new digital era. This will be an exciting journey for me as I look forward towards contributing to ShareChat’s growth and building a win-win relationship with our community of users, partners and business stakeholders.”

An alumnus of Xavier Institute of Management, Bhubaneshwar, and a graduate in Agriculture Engineering from Orissa University of Agriculture and Technology, Ajit has worked across India, Singapore and London. With years of leadership positions across globally-reputed media organisations like Wavemaker (WPP), Maxus (WPP), Madison World, Varghese has been recognised as a media leader with a track record of turning around organisations, leading rapid growth, and gaining market dominance.