Mumbai Police claims Republic TV made No. 1 by manipulation; a few GECs too under investigation 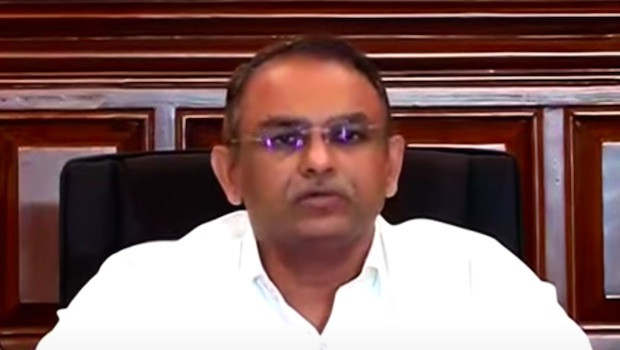 Following the arrest of BARC India’s former CEO Partho Dasgupta, the Mumbai Police in its press conference today claimed to have accessed a third-party audit report commissioned by the rating agency which was completed in July 2020. Quoting the report, Milind Bharambe, Joint CP Crime of the Mumbai Police, said, “Times Now was dislodged from No. 1 position by manipulation of data.”

Bharambe said the report reveals that these manipulations have been going on from at least since 2016 to 2019 which includes a few general entertainment channels along with English and Telugu news genres.

“They’ve analysed some data but the volume being quite huge, they analysed the data of only around 44 weeks in detail, especially about the genre of English news and Telugu news where they found manipulation to great extent,” said.

In some cases, the Mumbai Police said quoting the report, the ratings appeared to be pre-decided, adding that a cartel of some of the top ex-officials from the BARC were involved.

The Mumbai Police infomed that they have secured police custody of Dasgupta till December 28, 2020.

Bharambe said that the BARC’s own findings were in line with what the Mumbai Police Commissioner Param Bir Singh had claimed in his press conference on 8 October.

Reacting to the press conference, BARC India said in a statement, “The development related to the two ex-employees of BARC India is a part of an ongoing investigation for which BARC management continues to extend its support and cooperation to the law enforcement agencies. It would consequently be inappropriate for BARC to comment any further at this stage.

“Every employee of BARC India is expected to conform to a Code of Conduct & Ethics and any infringement invites suitable disciplinary action.

“We will continue to ensure that What India Watches is reported accurately and with utmost integrity. It’s a responsibility we owe all our stakeholders.”

Republic TV issued a statement denying all the charges. It said BARC had written emails to them twice saying that there was no question of any manipulation by Republic TV. It also said that police version does not make any sense, as the forensic Report that the Mumbai Police is referring to is from July 2020, and BARC’s emails to the channel are from November and December 2020. It defies common sense why BARC would give Republic Media Network a complete clean chit in November and December if the mails before that showed collusion of BARC officials with Republic.

The Mumbai Police’s claims are laughable. The Republic Media Network would like to destroy their claims with the following points:
1. BARC has on two occasions written emails to Republic dated 17 October, 2020 and 20 November, 2020 saying there was no question of any manipulation by Republic TV. We are annexing the letters of BARC with this press release.
2. The Forensic Report that the Mumbai Police is referring to is from July 2020. BARC’s emails to us are from November and December 2020. It defies common sense why BARC would give Republic Media Network a complete clean chit in November and December. The Mumbai Police should have thought about that.
3. Republic Media Network’s ratings soared high in 2020, after the previous dispensation at BARC moved out. If you look at the data, the viewership increased in the second-half of 2020. Does the Mumbai Police have any explanation for this? Or does it hold the current dispensation at BARC guilty for the viewership of Republic TV. ?
4. Republic has written over 50 emails to BARC about the use of landing pages by Times Now. We have constantly complained to BARC about Times Now’s use of landing pages across the entire country, in fact, we have been frustrated at the inaction of BARC despite our constant complaints. We are annexing some of our emails along with this press release so that the whole world knows the reality. Will the Mumbai Police now investigation why BARC refused to act on our complaints about the usage of landing pages by Times Now? If not, why not?
5. Republic Bharat became the Number 1 Hindi news channel, following the coverage of Sushant Singh Rajput’s death case post July 2020, when the new dispensation at BARC had taken over. Does the Mumbai Police claim that the new dispensation at BARC is hand in glove with Republic TV?
6. LIVE Streaming data of both Republic TV and Times Now show that there is a big gap between the high viewership of Republic TV and the much lower viewership of Times now. In its eagerness to please its political masters, does the Mumbai Police also believe that the record viewership of Republic TV has also been manipulated?
7. All TV Channels constantly represent their case with BARC. Not just channels, industry bodies also represent their case or complaints with BARC. Republic TV has complained hundreds of times to BARC about questionable data of other channels. This is absolutely legitimate and we have made similar representations to the current BARC dispensation as well when we had questions about data of other channels. It is absolutely absurd to call this a crime.
8. In August and September 2020, Republic Bharat became the Number 1 Hindi news channel, upsetting older players. On May 6th, when we launched, Republic TV became the number 1 news channel upsetting other legacy channels. This is a function of our popularity and acceptance across the country.
9. For the last 3 months, the Mumbai Police has done everything possible to target our Network, and has fallen flat every time. This ridiculous and bizarre witch hunt was exposed once again today.
10. By their own admission, the Mumbai Police claims but has cleverly has not named the Telugu channels and conveniently kept them out of the press conference. Will they probe that too? If not, why not?
11. In recent days, the Mumbai Police has made absurd allegations by leaking stories about the finances of Republic TV. Every rupee of our investment is in the public domain, and because the Mumbai Police is frustrated at being unable to make any headway, they have reduced this so-called TRP investigation into a Whatsapp investigation.
12. By their own admission, Mumbai Police started by talking about Barometers being fixed. There is evidence that individuals were coerced into falsely implicating Republic. Does the Mumbai Police have an answer for this?
13. The research agency Hansa has filed a Writ Petition in the High Court that the Mumbai Police has tried to put pressure on them to implicate Republic. Will the Mumbai Police investigate itself? Is it not true that the allegations against the Mumbai Police are presently before the Bombay High Court?
14. Is it not an obvious case of absurd political witch-hunting when a city police force is accused in open court of trying to fix a news channel by trying to extract false statements from a reputed private company?
15. Is it not true that the NHRC has given a notice to the DGP of Maharashtra to investigate the custodial torture of Republic A-VP Ghanshyam Singh who was beaten with Chakki belt in custody? Is there anything left for the Mumbai Police to do in its desperation to target the Republic Media Network?
16. The Mumbai Police has thanked the current BARC dispensation for its help. It is the same BARC dispensation, under whose watch the Republic Media Network has become the Number 1 news network in Hindi and English. By any basic logic, is the Mumbai Police going to investigate the present BARC dispensation as well on how the Network became Number 1? Isn’t it obvious that the Network’s reach continues to grow regardless of who is at the helm at BARC?
17. The present BARC management has written to the Prasar Bharati CEO, who is the Government representative on the BARC board, saying there is absolutely no investigation or manipulation ever by the Republic Media Network since its inception. Does the Mumbai Police acknowledge this letter or does it challenge its authenticity?
The questions put above make it clear that the Mumbai Police is in the middle of a mindless farce of an investigation that has only one purpose: to try and target Republic. Unfortunately for them, the Network continues to grow stronger and the people of the country are standing resolutely with us.
Already, the false allegations leading to the illegal arrest of Arnab Goswami have been trashed by the Supreme Court. We are absolutely confident of getting justice from the courts of India, and support in the courts of public opinion.