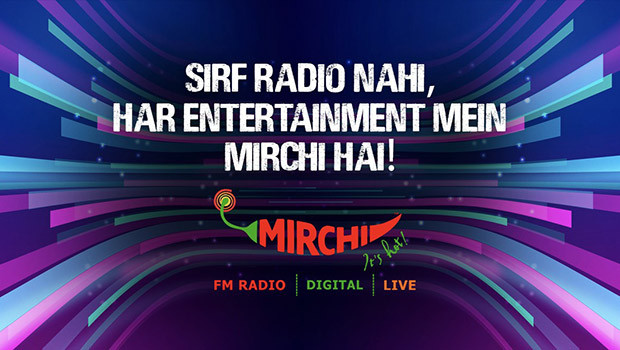 FM brand Radio Mirchi has launched its new brand identity.  After 19 years, the iconic radio brand has undergone a complete overhaul and has pivoted to just Mirchi. Capturing the essence of the company's transformation in its campaign ‘Sirf Radio nahi, har Entertainment Mein Mirchi Hai’, the brand has dropped the word radio from its logo. The change in the branding strongly reflects Mirchi’s hyperlocal, multi-format and multi-platform content and solutions capabilities that cut across digital, live and FM.

Mirchi stands for everything entertainment and focuses on creating diverse avenues and marquee content to be a part of their consumer’s life, regardless of the platform of consumption. Be it radio, digital, or live events, Mirchi is available everywhere, providing unlimited entertainment to everyone across the world. Mirchi's FM arm features channels like Mirchi, Mirchi Love and Kool. Under the live offering, the brand will continue with its on-ground and virtual events such as Mirchi Music Awards, Mirchi Neon Run, Mirchi Cover Star, Mirchi Spell Bee, and Mirchi Rock N Dhol. The digital arm of business focuses on new media properties like Web radios, Mirchi Originals, Mirchi Murga and Filmy Mirchi, among others. Mirchi with its 170 digital influencers is present on multiple platforms — 74 radio stations across the world, 24 online radio stations, 12 YT channels and presence across various social media platforms.

After being in the FM radio business for two decades, the company now, with its multi-platform and multi-format approach, reaches 63 hyperlocal markets with over 100mn+ consumers per month. The renewed brand identity also heightens the company's focus and forte to build customised city-centric brand solutions for its advertisers aligned to its ‘hypervocal for hyperlocal’ strategy. Over the last few years, the company progressed to become a  diversified media and content company with solutions revenues growing faster than radio revenues. Currently, the FM business stands at 66% of overall revenues with solutions and digital making up the rest.

Prashant Panday, Managing Director and CEO, Mirchi, said, "Over two decades, we have built a strong brand. Over the last few years we have been diversifying into content capabilities across multiple formats and platforms. The new brand identity signals our strategic pivot from a pure play radio company to a full-suite solutions provider for our consumers and advertisers. This marks the beginning of a new era for us and depicts our transformation to become India’s No. 1 city-centric music and entertainment company.”

As an extension of this new identity launch, Mirchi will be launching the song, “Sirf Radio nahi, har Entertainment mein Mirchi hai” featuring India’s leading artists. The company will also be launching an A to Z video series, wherein each alphabet represents an entertainment feature or content created by the company since its inception. Mirchi has evolved beyond just the radio; therefore, consumers can catch the plethora of content emerging from the Mirchi franchise on platforms like Ganaa, MX Player, YouTube, Amazon Alexa and Echo devices, Instagram, FB and much more.