Both companies have filed complaints with the advertising watchdog against each other over their claims about their honey brands. The tiff assumes significance in the backdrop of The Centre for Science and Environment’s report about adulteration of honey by major brands 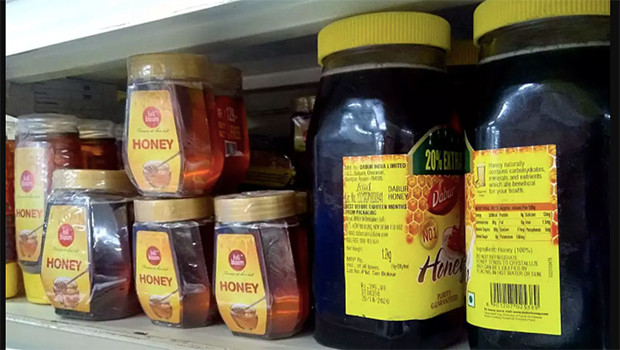 Fast-moving consumer goods (FMCG) brands Dabur and Marico are on the warpath over each other’s claims about their honey brands, taking their dispute to the advertising industry watchdog, the Advertising Standards Council of India (ASCI).

It all started when Marico filed a complaint on October 1 before the ASCI, against the ‘NMR tested pure honey’ claim by Dabur for its product Dabur Honey. The claim “NMR tested” was considered false by the council and misleading by implication and omission and upheld under Chapter 1.4 of the ASCI Code.

Apart from that, Marico again filed a complaint before ASCI on December 3, challenging the claim made by ‘Dabur India Ltd.’ that “Dabur Honey had passed the German NMR test”. The complaint has been admitted by ASCI and taken on record for further hearing.

Dabur said in a statement that Marico’s claim on the NMR test was misleading the consumers.

On December 7, Dabur filed a complaint in ASCI against Marico after their Saffola Honey sample from the market failed the NMR test conducted by the Centre for Science and Environment (CSE).  Dabur claimed that the test reports clearly indicated the presence of sugar syrup in Saffola honey.

However, Marico dismissed Dabur's claim, contending that "Saffola Honey is compliant with each quality parameter mandated by FSSAI".

According to the ASCI process, the advertisers are required to modify their claims or withdraw the advertisements.

Their silent war intensified after the Centre for Science and Environment on December 2 reported about adulteration in honey sold by major brands in the country. The CSE said any claim by these companies of meeting all Indian standards "holds limited value" and was "jugglery" of language.

Sunita Narain, Director General, CSE, emphasised that their investigations had revealed that the honey adulteration business was sophisticated and was designed to bypass the purity and quality standards laid down by the Food Safety and Standards Authority of India (FSSAI).

When FSSAI asked CSE about an existing database for Indian honey for effective screening for Nuclear Magnetic Resonance Spectroscopy (NMR) tests, CSE explained that it had sent the samples for NMR tests to a top food testing laboratory based in Germany, which has the expertise and necessary database for NMR screening.

FSSAI officials asked about the specific names under which the adulterants were being imported into India.