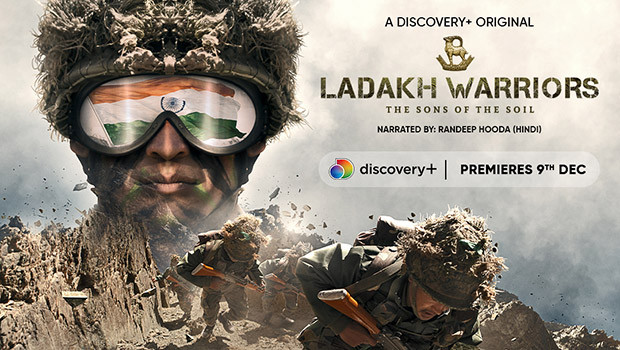 Streaming platform Discovery Plus is all set to launch three originals that are completely made by its in-house production team, exclusively for India. The originals, Mission Frontline, Ladakh Warriors: The Sons of the Soil and Secrets of Sinauli: Discovery of the Century will be available from December 9.

Along with India-produced originals, it will launch other Indian titles, including shows such as Amma &Appa, The Indian Dream Hotel, The Ganges with Sue Perkins, Aerial India as well as exclusive launches such as A Perfect Planet featuring Sir David Attenborough, The End of The Storm, The Impossible Row and the latest seasons of Top Gear and Gold Rush. 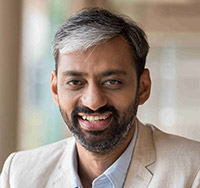 Speaking about the growth of the platform, Issac John, Business Head, Digital (South Asia), Discovery, said, “I think our subscription adoption has exceeded our expectations, we are growing month-on-month since our launch at a monthly growth rate of 60%, which is significant for us.” He said their strategy to allow consumers to sample content has led them to achieve a higher conversion rate. “We went in with a strategy that allowed consumers to access and sample the content and decide if they want to pay or not. What we saw was consumers would directly come on the premium page and pay. So that percentage for us, compared to a lot of other apps, is a high conversion from free to paid.”

He said they are focused on offering differentiated content to consumers and are one of the top OTT platforms in the country. “On iOS, our ratings are at 4.7, very much on a par with anyone else in India. On Android, our ratings are 4.5 as a product on a par with anyone in India, so that's been a tremendous validation for us as far as consumer feedback is concerned,” he said.

Speaking about the content strategy, John said they are focused on catering to different passion groups in India by introducing sub-genres of sports, auto, food and other categories. The platform is introducing 12 new live channels, four of which have never been seen in India before, from December 15. “One of our most successful channels in APAC called Food Network will be available on Discovery plus along with a channel called HGTV, which is again unexposed to Indian audiences. The channel talks about interior, landscaping, architecture designing. So we're trying to take our offering to a whole new level before the end of the year, which is a mix of Indian originals, more Indian content, exclusive live channels, and catering to these passion communities.”

“We prioritise quality over quantity, compared to everyone else. We have about 10,000 hours on the platform, which is significant. On any given day, what the content team tries to do is not prioritise on quantity, ensuring that offering 50 more shows a month is not as important as offering 10 most important shows that will move the needle.”

According to him, a market like India is very unique compared to the western world. In a market that already has lots of free content available, they did not want to ignore the cultural nuances. “We wanted to be sensitive to cultural nuances and consumer behaviour here. People don't mind paying, but they always want to see what they are paying for. So we have actually consciously ensured we have on any given day at least 150-200 titles just available for free for consumers to sample. We have data to prove how when people watch three shows of science, they are far more likely to convert to an SVOD subscription.”

John said they are strengthening their partnerships with various OEMs, connected TVs and telecoms. “OEMs already are our number one priority as far as product distribution is concerned. We are focused on ensuring that wherever a consumer can access a Discovery Plus app, he should be able to get access to that.” He said they are announcing key partnerships with telecoms very soon.

“People look at us as something that they want to consume with their entire family. So while they might want to watch a fiction show on their mobile phone, as far as living room family experience is concerned, we are one of their top apps of choice. Because of that particular stat, we are doubling down on our availability on platforms on connected TVs. So very soon by February, you will see us on Apple TV, Xiaomi TV, LG TV, and Samsung TV,” he added.

Speaking about the marketing of the new shows, he said each of their campaigns has been differentiated compared to other OTTs present in the market. Giving an insight about the marketing plans for Ladakh Warriors, their new show he said, “The thrust of the communication would be to talk about the access that we provide. What we're talking to our consumers is that there is access to the battleground, which is the highest regimental armed force anywhere in the world and Discovery Plus is giving you access to it and that is the story.”

“Whenever we launch a new show, we do a lot of performance marketing; we do a lot of YouTube and Facebook. In the past, we've actually advertised on platforms like Disney+Hotstar. But for the first time with a show like this, we will be present on TV, on print, and on every other digital platform. We felt we had to go a lot more 360 and a lot more conventional ATL to market a show like this than our conventional shows. So this is what we'll be doing differently for some of our Discovery Plus originals,” he added.

Tags: Focus on local content Discovery Plus Issac John The originals Mission Frontline Ladakh Warriors The Sons of the Soil and Secrets of Sinauli
Advertisment
More from this section