The awards had a mix of 25 award categories. 7 Editor’s Choice awards were selected by a panel of jury that included industry experts. A tech conclave that discussed views around technology was also conducted 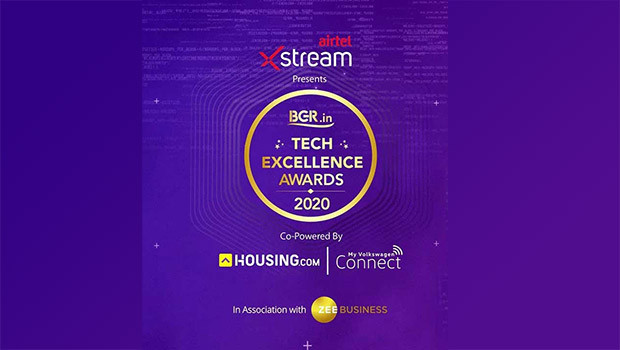 “We are glad to launch the BGR Tech Excellence Awards 2020 that recognise and honour brands that bring in the best tech solutions, making lives easier. We are privileged to conclude this event with one-of-its-kind tech conclave that shared views and insights from industry veterans which made the event more than just an award,” said Rohit Chadda, CEO, Digital Publishing, Zee Group.

He added, “In spite of being first edition, this year’s award was huge success and we are dedicated to making each year bigger and better.”

The awards witnessed Airtel Xtream as presenting sponsor. It was co-powered by Housing.com, Amazon Prime, Volkswagen Connect and Funn 88, supported by Intel, in association with Zee Business.

The awards also conducted a Tech conclave which discussed insights and views around technology from various tech experts, professionals and esteemed members of the tech fraternity in power-packed panel discussions.

The BGR Tech Excellence Awards 2020 also saw the ‘best in tech’ nominated and selected by experts from the Indian tech circle and online voting by BGR’s huge reader base, which was initiated through ‘Vote n Win’, where users/viewers can vote for their favourite tech gadget in various categories.

Here’s the complete list of all the winners of BGR Tech Excellence and Conclave Awards 2020: