The application to extend police remand of Dasgupta levels fresh charges in TRP scam. Dasgupta’s police custody has been extended till December 30 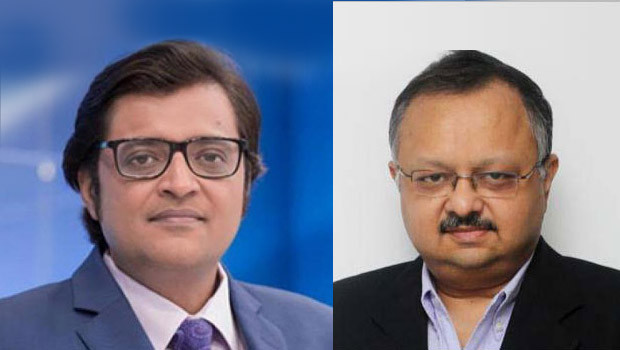 The Mumbai police on Monday claimed in its remand application submitted before a magistrate’s court that Arnab Goswami had given "payment in lakhs" to former BARC India CEO Partho Dasgupta from time to time.

The remand note, a copy of which is with BestMediaInfo.com, alleges that Dasgupta used this money to procure jewellery and other expensive articles, which have been seized from his residence.

The police pleaded with the court that Dasgupta’s further custodial interrogation was required to ascertain if more payments were made and if the same manipulation was done for other news channels too.

According to a report, Dasgupta’s advocate Kamlesh Ghumre told the court that Dasgupta was the CEO of BARC between 2016 and 2019. "His annual pay package was nearly Rs 4 crore and as CEO, his profile is more managerial. He does not see the day-to-day working of the company. Moreover, he had resigned from the company in November, 2019," Ghumre said.

The lawyer also argued that it was around the time that Dasgupta was at the helm of affairs at BARC that the company had earned 3 certifications for doing best research internationally. "The people who provide certificates study the company and its working. So, they know much better than these people who are now investigating out of malice," said Ghumre.

The Mumbai police on Friday claimed to have accessed a third-party audit report commissioned by the rating agency which was completed in July 2020. Quoting the report, Milind Bharambe, Joint CP Crime of the Mumbai Police, told the media that Times Now was dislodged from No. 1 position by manipulation of data.

Bharambe in a press conference said the report reveals that these manipulations have been going on from at least since 2016 to 2019 which includes a few general entertainment channels along with English and Telugu news genres.

Ghumre argued in the court, "No one knows which report they are talking about. The reports have to have a sanctity of the board of directors of BARC and here no one seems to know about the report. And it seems like this report has been made in the last few months and he was not given any show cause notice for the same."

The magistrate, after perusing the remand note, extended the police custody of Dasgupta, who was arrested last week, till December 30.

Dasgupta is the 15th person to be arrested in the TRP scam case.