Amjad Ali calls it a day as President at Mullen Lintas

After two decades with the organisation, Ali is all set to begin with something totally new which he will announce shortly 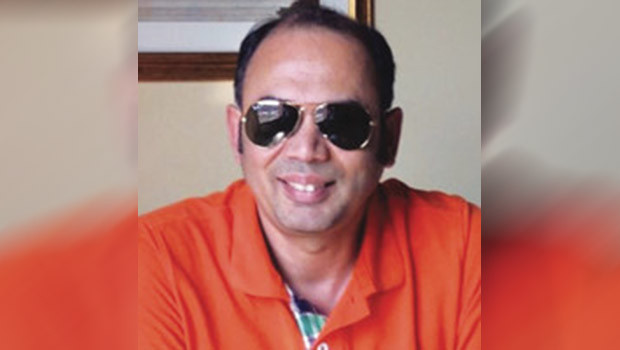 Amjad Ali, President at Mullen Lintas' Delhi office, has decided to move on. He has been a founding member of Mullen Lintas since its conception in 2015 and was spearheading the business end of its Delhi office. He grew the office with brands such as Havells, Dabur, Honda Cars, Lloyd and Vistara among others.

Commenting on the development, Amer Jaleel, Group Chairman and CCO MullenLowe Lintas Group, said, “Amjad, an utter and total believer in Lintas, unbelievably leaves us! We had memorable times together. Among Amjad’s extraordinary traits is an ability to project Lintas and especially its creative talent in the best, front-foot forward way. His reputation and ours as a consequence has always been impeccable and I dare say ‘upper class’ in the best, most professional way possible. He’s had a fantastic run with us and for me personally Amjad was always at the striker end taking the bouncers and tiring the bowlers out and letting me take the strike when the ball was ready to be struck!”

Virat Tandon, Group CEO, MullenLowe Lintas Group, added, "Over his long tenure of 25 years at Lintas, Amjad has worked on many large businesses and led the teams to do notable work on those brands. He’s been instrumental in setting up and building the Mullen Lintas Delhi office from scratch. I’ve worked very closely with him over the past five years and will miss his ‘can do’ attitude. After putting so many feathers in his hat at Lintas, he has now decided to step into a totally new world to collect more feathers. I wish him luck with his new venture.”

Before Ali started his career transforming into an astute advertising professional with Lowe Lintas, he studied Mathematics. He joined Lintas in 1995 as an Account Executive and rose up the ranks to become President. Ali held a portfolio of key clients such as Maruti (includes Alto, Ciaz, Ertiga), launch of LG in India, Micromax, Huawei, Oppo, Gionee, Vivo, etc. In his two-and-half decades with Lintas, he played an instrumental role in building strong business relationships with brands getting them to produce award-winning, effective campaigns.

Speaking about his exit, Ali said, "It’s difficult to leave Lintas. It’s an institution, it has a terrific value system. After I finished my Mathematics from one university, I moved into Lintas as another one. It’s like my Alma Mater. So, it’s been a difficult decision all along. But I felt that if there was any correct time to leave, it was this. This is the time to take a new step, yet again, and reset. Hence this decision.”

Ali is all set to begin with something totally new which he will announce shortly.