Started on November 8, ‘Baaji Sach Ke Danka’ festive line-up will continue till November 12 followed by the world television premiere of ‘Aandhi Toofan’ on November 13 at 6 pm 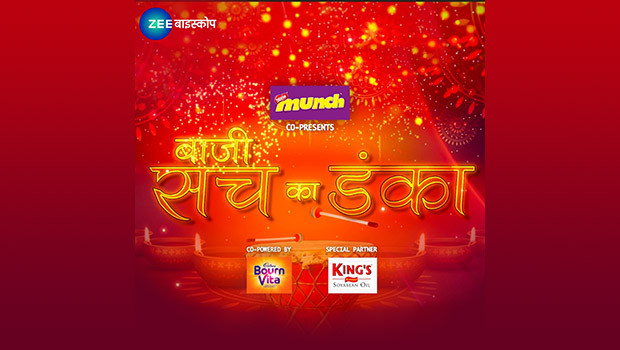 Serving the audience’s festive sentiment, the movie offerings feature an exciting line-up of handpicked films featuring popular actors from the region. The festival kick-starts with the film ‘Border’ on November 8 featuring Nirahua and Amrapali followed by ‘Challenge’ on November 9 starring Pawan Singh and Madhu Sharma, ‘Siphai’ on November 10 with the superhit Jodi Nirahua and Amrapali Dubey, ‘Dabang Sarkar’ on November 10 will entertain the viewers with its impressive star cast of Khesari Lal Yadav and Smriti Sinha, and concludes with chartbuster film ‘Jigar’ on November 12 where audience will get to see their favourite superstar Nirahua in action once again.

The celebration doesn't end here as the world television premiere of ‘Nestle Munch co-presents Aandhi Toofan’ awaits viewers on November 13 at 6 pm, marking an entertaining Diwali eve. Featuring a story of two brothers played by Power Star Pawan Singh and Viraj Bhatt, the story symbolically resonates the essence of brotherhood between Rama and Lakshmana who revenged the evil Ravana to return to their family at home. Pawan and Viraj unite to avenge their father’s murder and return victorious to their widowed mother. Packed with heavy doses of fight sequences, romantic songs, an engaging storyline and a perfect balance of emotions, Aandhi Toofan is a wholesome family entertainer at its very best.

Amarpreet Singh Saini,Business Head, ZEE Biskope& BIG Ganga, said, “Diwali is an auspicious occasion when families unite to celebrate. Our curated offerings are an endeavour to provide family entertainment at a time when outdoor celebrations are not a safe reality. The movie line-up through the pre-Diwali week followed by a WTP on the eve of Diwali would set in the celebratory mood through the lens of hyperbolic Bhojpuri entertainment. The brand will accentuate family viewing experience for viewers to rejoice festivities together.”