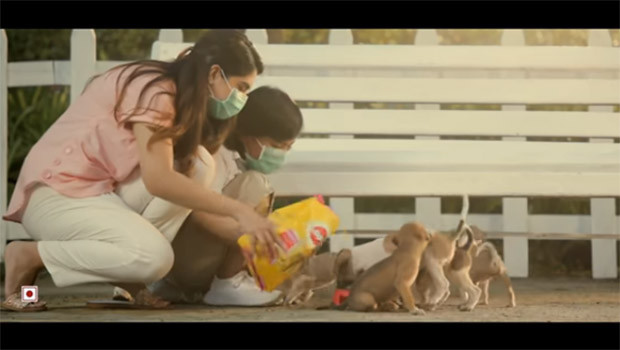 Pedigree, a brand of Mars Petcare — which deals in pet food and nutrition— has introduced a new advertising campaign promoting the health and care of stray dogs. The Covid-19 pandemic has affected strays and the advertisement conveys the need for right nutrition for dogs without homes or those in shelters.

Conceptualised and produced by Zee5, an entertainment app, the ad film for the campaign will be aired on the popular streaming platform and on YouTube. Strategically supported by BBDO India, the initiative will be amplified through collaborations with DonateKart, key influencers, as well as through social and digital channels.

The film opens with a boy trying to sneak out with some food in his tiffin for Buddy, a stray. His mother, played by television actress Pooja Gor, stops him and tells him it is unsafe to go out. Cut to the next scene, we see the boy apologising to Buddy from his window. The mother feels the child’s pain and tells him that they would go together to feed Buddy. The advertisement ends with the boy and his mother feeding Pedigree to Buddy as other strays come running towards them.

There are several barriers to feeding strays in India. With fewer people leaving their homes because of the pandemic, the situation has gotten worse. Stray dogs are reliant on leftover food or passersby acting as good Samaritans. Due to the crisis, strays have had to fend for themselves and are often left hungry and unattended. Pedigree’s tagline, ‘Feed the Good’, is based on the simple-yet-universal insight that dogs bring out the good in people as their innocence helps us reconnect with our own. #FeedtheStray was born from this principle by which even strays are provided with the right nutrition to keep them healthy and happy.

Ganesh Ramani, General Manager, Mars Petcare spokesperson, said, “India has a large number of street dogs estimated to be more than 2.5-3 crore in number. They were dependent on the people for their food and care. The pandemic has rendered strays helpless as they search for food and shelter on empty streets. Many dog lovers and kind-hearted people stepped up to support them during the last few months. With this advertisement, we wanted to spread awareness about caring for and feeding strays and giving them their due importance. To intensify the effort, we partnered with DonateKart to amplify the #FeedtheStrays initiative and both Pedigree and DonateKart would together be providing 9,000 meals free for feeding the strays. Zee5 has amazingly captured the essence of the cause and we hope it inspires dog lovers to participate in the initiative.”

Rajeev Dhal, Chief Revenue Officer, Zee5 India, said, “The pandemic has been tough for all of us, especially for our stray furry friends. Needless to say, the prospect of partnering for such a cause was close to all our hearts and we are really happy to see how well the film has turned out. Being a part of Zee’s 27-year-old legacy, Zee5 has always had a nuanced understanding of human emotions which reflects in the content we create. The same ethos is visible in this ad film. We hope the initiative has widespread participation and we are all able to contribute in our own way to make the lives of our four-legged friends better.”