On World TV Day, Zee’s campaign humanises television to show it is like a family member

The #TVisFamily campaign is an ode to TV, which is always there playing different roles in our lives much like a family member — entertainer, stress reliever, motivator and a constant trusted companion 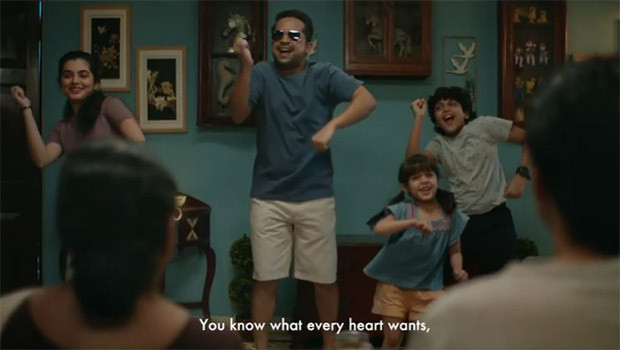 Celebrating the role that TV plays in our everyday lives, Zee Entertainment Enterprises Limited unveiled its #TVisFamily campaign on the occasion of World TV Day (November 21).

The campaign brought alive and humanised TV to showcase how TV is as close as a family member, fulfilling multiple roles as a constant companion to the entire family. Thousands of viewers, leading celebrities and brands added hues to the celebration, as they shared their affection for TV and their delight with the campaign, bringing out the power of TV and its role as the Greatest Common Unifier.

Partners, employees, and viewers were in for a sweet surprise when they received a personal letter signed by 'Your TV', celebrating the bond over the years and expressing gratitude for all their love and support, making it everyone's absolute favourite.

In an intriguing and innovative build-up, viewers were left guessing when their TV talked to them in quirky 10-second bumpers across the Zee network all day. Social media came alive with Twitterati reacting with surprise and curious excitement to #MyTVtalks as it garnered nearly 26 mn impressions in a single day, trending at no. 3 on Twitter. And to top it off, in a unique initiative, TV was ‘interviewed’ for the first time by media platforms.

The big reveal was made at 6 pm through a roadblock across all Zee channels and all its social assets with a heart-warming film that captured the essence of why #TVisFamily with Anand Tiwari donning the role of ‘TV’. The first-of-its-kind campaign saw an exhilarating response on social media. Brands such as Britannia, Parle, Swiggy, Tata Sky, Sunfeast Yippee and Mom’s Magic along with influencers like author Durjoy Datta and actors Abhijeet Khandekar, Subhasis Sharma, and Anita Date-Kelkar among others joined the celebration, appreciating TV and sharing how it’s just like family to them.

Prathyusha Agarwal, Chief Consumer Officer, Zee Entertainment Enterprises Limited, said, "Our consumer work brought alive that viewers share a special bond with TV much like a family member who is always there and much loved and with this campaign, we wanted to truly appreciate and bring out this deeply human connect that we share with the master storyteller and entertainer, how it plays a myriad role in our lives, whether as an entertainer, a stress reliever, motivator, or even a pacifier.

“While we humanised the television in a way which shows how it’s as real and close as your own family by employing unique methods through multiple touchpoints, the charm is in the wonderful moments that capture the relationship with TV that every family member can relate to. TV’s versatility offers people an escape from mundane chores, companionship when you’re all alone and a glue to keep the entire family together, all with its many entertaining avatars. The response that we have received towards the campaign reinforces our belief that the love for TV truly transcends boundaries, and we are glad our viewers, partners and society at large resonated with our firm belief that #TVisFamily. After all, there’s a reason why all the furniture in every home points towards the TV!"