The festive season campaign engages cricketers, celebrities and influencers. The activity has so far received an overwhelming response from the netizens and has garnered over 1,600 organic posts and stories, leading to over 3.58 million engagements on social media 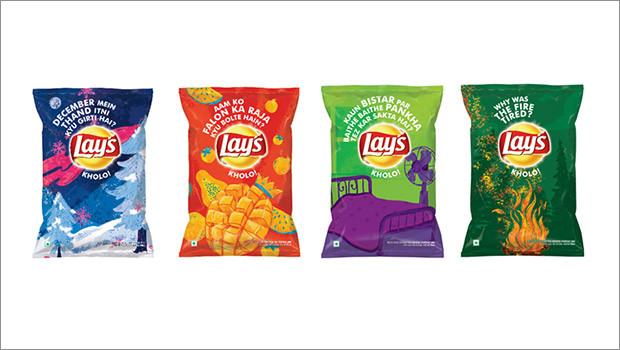 As part of the campaign, 18 special limited-edition Lay’s Kholo packs featuring an intriguing question on each pack with a quirky answer given inside the pack have been shared with celebrities, influencers and friends of Lay’s.

The festive campaign comes at the back of recent PepsiCo India and Airtel announcement of the special initiative to offer up to 2GB of free data for the customers. The first phase of the #LaysKhol campaign featured cricketers including Virender Sehwag donning his special Baba Sehwag Avatar, Shikhar Dhawan, Yuzvendra Chahal, Brett Lee, Harbhajan Singh and Rahul Tewatia. In the four-part video series, cricketers engaged in fun, quirky and laughter-inducing dialogues that not only engaged the cricket fans but also drove conversations in a clutter-breaking way.

The activity has so far received an overwhelming response from the netizens and has garnered significant mileage for the brand with more than 1,600 organic posts and stories leading to over 3.58 million engagements on social media.