#DNAFightsRape – Save the Evidence, marks International Day for Elimination of Violence Against Women

This initiative was part of the drive launched a year ago to mark the day, in partnership with Delhi Police, AIIMS, UN Women India, Red FM. Students from MAHE created a composition, urging citizens to build a safer India by preserving DNA evidence and demanding it in cases of rape, sexual assault. The creative agency behind the campaign is Ogilvy India 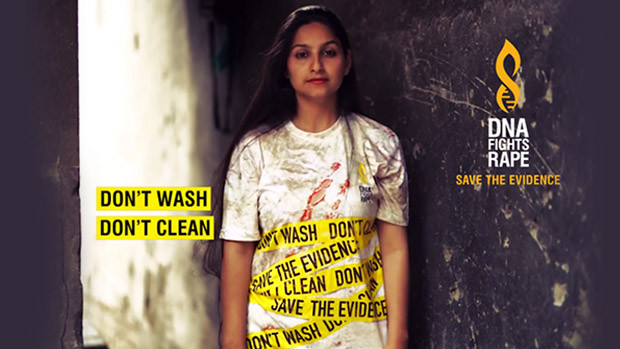 Amid the rise in violence against women and girls during the Covid-19 lockdown, students from Manipal Academy of Higher Education (MAHE) came together to create a musical composition urging citizens to ensure justice and build a safer India by preserving DNA evidence and demanding it in cases of rape and sexual assault.

This initiative was part of the ‘#DNAFightsRape–Save the Evidence’ awareness drive launched a year ago to mark the International Day for the Elimination of Violence Against Women, in partnership with the Delhi Police, AIIMS, UN Women India, Red FM.

Chords & Co. is the official music club of Manipal Institute of Technology, which believes that music has the power to change, heal and everything in between.

Saumit Paul, President, Chords & Co. (the official music club of Manipal Institute of Technology), said, "One of the biggest vices of humanity is sexual abuse. It's been that way for a while now. So even as a student club, we try to contribute in every way we can towards creating safer communities where people can live and express themselves without fear and flourish as musicians. As artists, we want our music to mean something to us and to everyone who listens to it. The message that a simple act of saving bodily evidence can empower countless rape survivors to fight back is a very powerful one. That's exactly the spirit that’s inspired this song, and we hope it strikes a chord in everyone who gives it a listen.”

With its aim to educate people on the role of DNA forensics in expediting India’s criminal justice system in cases of sexual violence, the initiative has gained momentum this year despite the pandemic, with several partners like National Forensic Science University (NFSU), Girl Up (UN Foundation), and Fever104 FM joining what has emerged as a coalition of members from the civil society.

Acknowledging the need to raise awareness for the role of DNA forensics in bringing sexual offenders to justice and deterring such crimes, Nishtha Satyam, Deputy Country Representative, UN Women India, said, “As the world and India takes measures to stop the spread of the coronavirus, we are also dealing with a Shadow Pandemic of violence against women and need a collective effort to stop it. The importance of forensic DNA technology as an ally in our fight against sexual violence cannot be understated. On the International Day for the Elimination of Violence against Women, which marks the beginning of 16 days of Activism, this year we call upon you to 'Orange the World: Fund, Respond, Prevent, Collect' to eliminate sexual and gender based violence!"

Inspired by this cause, radio station Fever104 FM launched a three-week long #StreeShakti awareness drive to throw light on role of citizens as first-responders when a sexual crime is committed. Kicked off during the festival of Durga Pooja, the programme successfully built on cultural themes to spread the message of women empowerment. The daily show was anchored by Bengaluru’s radio voice, RJ Non-stop Nikki, and featured chats with subject matter experts from the field of forensics, criminal law and police. Discussions covered key issues around DNA forensics and how it can put the fear of law in the minds of sexual predators.

RJ Nikki, Fever104 FM, said, “It's been a great experience working on a campaign linked to such an important social issue. It is the need of the hour and as a radio jockey, I really feel that the power of radio is a must to amplify this message. From interacting with senior advocates and forensic experts who deal with real cases every day, I really feel through my show ‘I Love Bollywood’ a lot of my listeners got the right information about DNA evidence. We look forward to more such drives across India.”

Extending his support to the cause, Dr JM Vyas, Vice-Chancellor, National Institute of Forensic Sciences, said, “DNA profiling has become a very important evidence in the detection of crimes like rape and murder. This has not only simplified the process of investigation but has also helped speed up judicial trials. Considering its important role in criminal investigations, the Government of India has introduced a Bill in Parliament to enact a legislation that will streamline the entire process of DNA collection and analysis.”

Bringing in an international perspective, Tim Schellberg, Founder and President, Gordon Thomas Honeywell—GA, said, “We have noticed a significant improvement in public awareness about forensic DNA. Over the last year, we have seen DNA become part of public conversations and activism against rape with youth and women rights groups calling for widespread adoption to ensure justice. The country is clearly seeing a steady rise in the volume of forensic DNA casework but with half a million violent crimes in a year, India still only conducts a little over 20,000 tests. Sexual crime is not unique to India and it can learn from countries that have used DNA effectively to bring down conviction rates and the time in which a case gets settled.”

Arneeta Vasudeva, Head, Public Relations, Ogilvy India, added, “Rape remains a malice that has permeated our nation’s fabric and continues to spread at an alarming rate. With only one in four such cases leading to conviction, the future looks grim unless we do something about it. What started as the #DNAFightsRape citizen awareness drive has today become a movement with members of the civil society stepping forward to express the message of Don’t Wash, Don’t Clean. Save the Evidence in their own unique ways. We will continue to build the momentum to take this message to the masses till conducting DNA tests in rape cases become a norm.”

Tags: #DNAFightsRape Save the Evidence International Day Elimination of Violence Against Women
Advertisment
More from this section