India has a fledging OTT landscape with over 40 players. Any government intervention in the type of content these platforms are streaming will work against the overall growth of this medium, and kill the choices for audiences. The government should trust this industry to have its own self-regulatory framework 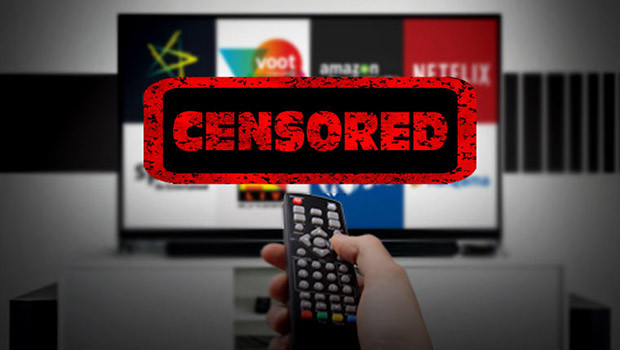 The control of OTT content and online news now rests with the Union Information and Broadcasting Ministry.

If looked at from the government's perspective, it's a big structural reform as the line ministry for both these segments should have anyway been the Ministry of Information and Broadcasting and not the MEITY.

Other such segments of media such as TV, print and films are already under the jurisdiction of I&B Ministry.

However, what has differentiated the streaming services from their television cousins is the kind of path-breaking international and domestic content they have introduced to the Indian audiences.

If one were to recall, when cable TV was launched in the ’90s, the type of content that was shown on TV was also quite differentiated.

The government shouldn't make the OTT platforms go down the same trajectory and turn OTT content into a saas-bahu saga. With data prices dropping massively in the last four years, OTT has had phenomenal growth in India with more than 40 platforms being operational.

OTT is for private viewing even if someone watching the content on a big TV screen. The viewer is doing it at his/her own risk. Regulating content for private viewing is exactly similar to telling what a viewer should watch or not and people call is unconstitutional.

However, if the government is still concerned about making the medium child-friendly and free from pornographic content, it should tell the industry to do so.

The government can either go by the IAMAI self-regulatory code or can propose to the industry to form a body of web-only platforms and come out with their own guidelines. Such a body can be made on the lines of ASCI, which can control the entire landscape with statutory powers. The guidelines should apply even on platforms that are not a member.

The first objective of the otherwise lenient Information and Broadcasting Minister Prakash Javadekar should be that the bureaucracy must be kept away from the OTT sector and no draconian regulators should be created on the lines of CBFC and TRAI. Also, moderating content on digital is almost impossible given the wide landscape. It is best that the government trusts the platforms.

However, when it comes to online news, it is better that it has now come under the domain of the Information and Broadcasting Ministry. Given the rise in fake news and toxic content, it was important that online should be treated the same way as print and digital.

One of the reasons why the government has not allowed news on private radio is because it has always been concerned about the repercussion a medium like radio can have if the news isn't credible.

The same logic can also be applied to digital where everyone with a data connection and an opinion thinks they are journalists.

Fake news has led to several riots in India. And if one were to remember, the government had recently told the Supreme Court that digital media should be regulated. We would say it's a step in the right direction as online news needs the kind of regulatory framework TV news has.