Arnab Goswami to launch Republic in every state, every language in the next one year

“We will also take Republic Media Network globally in the next 16-17 months,” Goswami said after returning from jail on interim bail 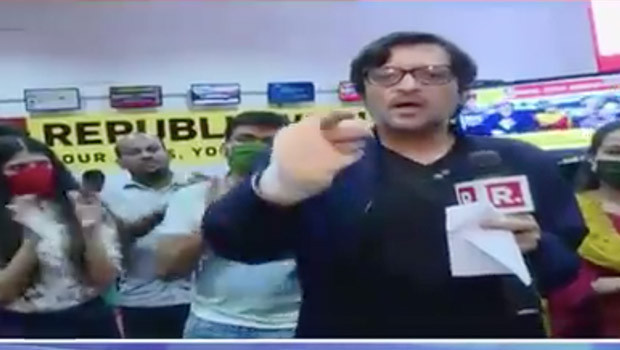 After he returned from jail on Wednesday, Arnab Goswami has announced that Republic Media Network will launch news channels in every regional language in the next one year.

After the Supreme Court granted him interim bail, Goswami, in a more aggressive manner, dared all other news networks, saying “rok sako toh rok lo” (stop if you can). “I want to tell all other news channels that Republic Media Network will launch a channel in every state in their local language in the next 11-12 months. Stop if you can.”

“We will also take Republic Media Network globally in the next 16-17 months,” Goswami added.

The Supreme Court on Wednesday granted interim bail to Goswami and other co-accused in an abetment to suicide case, stating that “personal liberty must be upheld”.

"High Court was in error in rejecting the application for grant of interim bail," a division bench of Justices D Y Chandrachud and Indira Banerjee remarked. However, the Supreme Court did not say anything on the legality of the arrest.

In the Bombay High Court, a division bench comprising Justices SS Shinde and MS Karnik dismissed the interim applications, observing that no prima facie case was made out to exercise the extraordinary jurisdiction under Article 226 of the Constitution of India.

The bench said that the alternative remedy of regular bail under Section 439 of the Code of Criminal Procedure was available to Goswami.

The bench rejected the argument of Goswami's lawyers that the re-opening of the 2018 abetment to suicide case, after it was closed by the police in 2019, was illegal. The bench observed that there was no illegality in the further investigation in the case.