Historically investing on Hotstar, this year Diageo has taken an associate sponsorship on TV for IPL. Anand, EVP and Portfolio Head, Diageo India, tells BestMediaInfo.com about its key shift in media approach and how rural is fuelling the category’s growth 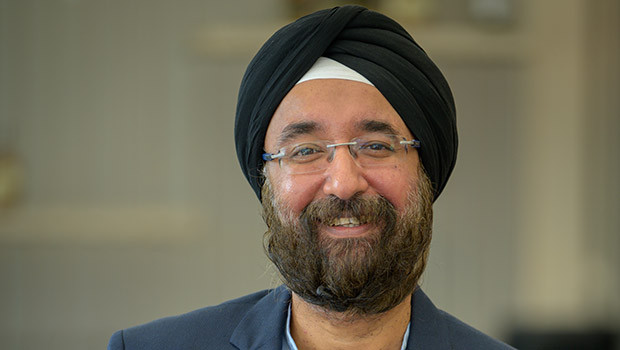 Spot advertising rates for the Indian Premier League (IPL) appear to be very high on TV but its staggering viewership amid the Covid-19 pandemic has made Diageo tweak its media approach towards the cricket tournament and shift major monies to the medium.

“With people spending more time at home, TV viewership has increased considerably. We identified this trend and it guided a key shift in our media approach for the ongoing IPL. We have been historically investing on Hotstar as well, but this year we have taken an associate sponsorship on TV for IPL,” Amarpreet Anand, EVP and Portfolio Head, Diageo India, said in an interaction with BestMediaInfo.com.

The company is investing heavily during IPL for its brand extension business, which revolves around its two brands, Royal Challenge Sports drink and McDowell’s No.1 Soda, which have partnered with the cricketing extravaganza as associate sponsor.

Anand said McDowell’s as a brand stands for celebrating the power of friendship, for which the brand intends to launch a campaign in mid-October, which will run till the end of IPL and go beyond.

Apart from that, its recent campaign for the Royal Challenge Sports drink in partnership with RCB salutes the nation’s heroes who put their lives at risk and served the people during the Covid-19 pandemic. The campaign captures moving stories of 21 such real challengers from across the country.

Its RCD campaigns are live on TV but these are further amplified through an integrated plan across various social media platforms, YouTube and Hotstar.

Anand feels that the BCCI and all team franchises have been doing an amazing job in running the IPL smoothly.

“The tournament has kicked off with a lot of excitement and I feel that the upside of being associated with capturing the ‘eyeballs’ far outweighs any potential risk,” he said.

Anand said the IPL is a good opportunity to change the mood of the country, bringing in some cheer and entertainment, which can help lift the spirits of all in extremely tough and grim times.

“With no other significant live entertainment options, no new movie releases, etc., IPL this year is expected to gain record viewership and interest. We are launching new campaigns during this IPL in line with the culture zeitgeist,” he said.

Owner of Royal Challengers Bangalore, Diageo had used the IPL earlier as a platform for brand awareness as well.

With markets opening, it has started to invest at pre-Covid levels to fuel the category’s growth, as it deeply believes in growing out of a crisis rather than cutting its way out of it.

Investing at levels similar to last year, it has two big re-launches for its power brands — McDowell’s No.1 and Royal Challenge whisky, which have been rolled out across the country.

With the festive season coming in, it expects the overall demand sentiment to improve.

Unlike any other category, Diageo, too, saw greater rural growth versus urban, because of reverse migration during this phase.

With things gradually opening up in key metros, Anand expects people to come back. This, he said, will get growth back on track in urban centres. “We expect rural to continue to grow faster than urban, but the gap will reduce as the above phenomenon happens in the next 3-6 months.”

As the festive season nears, he believes consumer sentiment will be upbeat and that will unlock a huge pent-up consumer demand.

Talking about the lessons learnt during the crisis, he mentioned how challenges inspire creativity.

“We are doing some of our best marketing work coming out of the crisis because of the way our internal teams and external creative partners have bonded with each other. There is empathy at both ends, the agility to interpret changing consumer trends and the fire to leverage our marketing efforts to add cheer, show gratitude and help people in need is burning bright within the team,” he added.

The company will also explore the strategic fit, timing and investment required for KBC and Bigg Boss.

It has announced a Rs 75-crore programme to revive the hospitality industry hit by Covid-19. Named as ‘Raising the Bar’, it will support bars, pubs, and restaurants serving alcohol. The programme will help the industry welcome customers back and recover following the pandemic.