Hit by pandemic, Parle Agro plans to bounce back with Rs 300 crore marketing budget in 2021

Down to Rs 40 crore this year, the company to spend Rs 250-300 crore in 2021. Nadia Chauhan, JMD and CMO, Parle Agro, talks to BestMediaInfo.com about its expansion plan, distribution and marketing and sheds light on its association with IPL and BiggBoss

In 2021, leading beverage maker Parle Agro plans to return to its regular marketing spend, which was reduced just Rs 40 crore this calendar year because of the Covid-19 pandemic.

Nadia Chauhan, JMD and CMO, Parle Agro, told BestMediaInfo.com that the company will spend Rs 250-300 crore on marketing in the next calendar year, a considerable rise from the over Rs 200 crore it had spent last year.

The company cautiously increases its marketing spends every year. But this year, because of the lockdown, it had initially halted most of the marketing spends since a majority of the retail stores were shut and nobody was allowed to go out. It, although, strategically re-evaluated the budgets and reallocated it on market requirements.

“But now, as we move into the unlock phases, our budget allocations are back on track and we are looking at investing almost Rs 40 crore on media for our advertising until the end of the calendar year for 2020. Next year, we will be back on track with our regular marketing budgets of about Rs 250 to 300 crore across all our existing brands,” Chauhan said.

For 2021, the company will also look at additional marquee properties (other than Bigg Boss and IPL) as part of marketing investments.

This year, it is aggressively promoting its recently launched product addition to its fruit plus fizz portfolio — B-Fizz (an addition to Appy Fizz) — across IPL on Hotstar and YouTube.

She said since the company is in the launch phase of B-Fizz, priority is to drive the impact of marketing investments and ensuring maximum reach.

“Consumption and viewership of digital content has increased since the lockdown and these investments are part of our aim to achieve the widest reach of our marketing campaigns,” she said.

Dismissing the belief that the company has taken a break from the show this year, Chauhan said, “We evaluate our levels of sponsorship in alignment with business needs and strategy requirements. This year too we shall be a part of Bigg Boss with B-Fizz as Beverage Partner.”

She explained how the new product launch has disrupted the market owing to its introduction at a price point that is extremely critical in the context of FMCG in India.

“The 10 rupee price point allows this product to have high penetration across the country, across all consumers and markets. Today, in just two weeks since the launch, we are at almost 500,000 outlets, with more than 3,000 towns activated already. Our marketing plans include a mass media campaign with Priyanka Chopra. We are spending over Rs 40 crore on a 360-degree campaign that’ll be hyped across digital, television, outdoor and print,” she said. 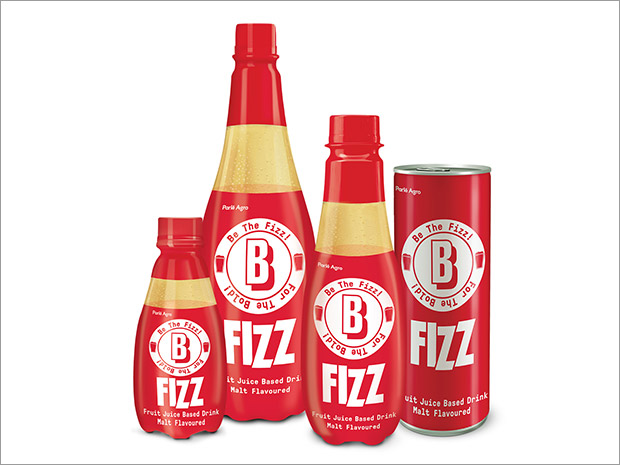 The product was not intended to be launched this year. But having realised that various phases of unlock had great opportunity to spark new energy into the system and market, it launched B-Fizz.

She believes this to be an opportune time as retailers are more welcoming and promoting new launches now.

Parle Agro created the sparkling fruit drink category almost 10 years ago and boosted the category to almost Rs 2,000 crore. Today, it has over 90% market share in the fruit plus fizz category with Appy Fizz.

And B-Fizz for the company is one of the contributors to that goal. The product is also said to be a contributor towards the company’s goal of achieving Rs 10,000 crore turnover by 2022.

“While this will be dependent on of its existing products, which continue to grow at double digits year after year, B-Fizz will add considerably towards achieving this goal. There will be a few new categories that we will look at launching over the next couple of years as well,” she added.

Chauhan believes that things are moving towards normalcy.

The company has already reached 100% of its original distribution base with every store having opened up. Consumers also are conforming to a certain level of normalcy.

Discussing the evolving consumer trends in the carbonated soft drinks category, she said there has been a huge shift from synthetic carbonated drinks to fruit-based carbonated beverages.

She said there is a huge rebound in the market in the out-of-home consumption, which is a large contributor to the beverage industry.

She added, “We believe the entire launch of B-Fizz will prepare us for the next summer and will bring back the momentum and energy to pre-pandemic levels.”

Apart from this, the company currently caters to almost two million stores across the country and aims to keep growing its network by 15-20% every year.

It also plans to grow distribution year on year for its marquee brands, Frooti and Appy Fizz.

While it boasts of a strong distribution across India, it is also in the process of establishing units in Nepal, Bahrain and Angola.

Chauhan said it has seen a sudden rise in exports of its beverages across most of its key markets overseas like US, Canada, Middle East, Australia, Africa, New Zealand and Norway amid the pandemic.