Experts say the controversy could do BARC more harm for its silence than anyone else, ask ratings agency to answer some basic questions 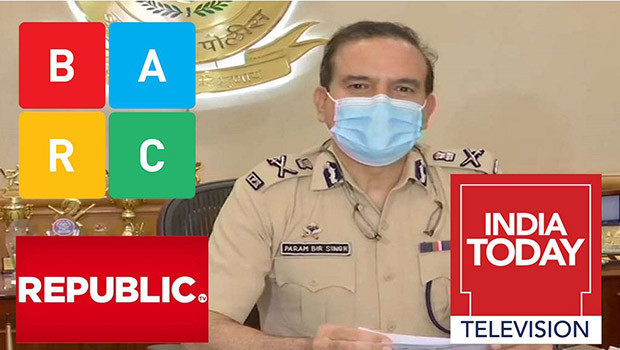 Thursday’s press conference held by Mumbai Police Commissioner Parambir Singh to reveal that the police had unearthed a ‘TRP racket’, and named Republic TV, Fakt Marathi and Box Cinema, has turned into a high-voltage drama.

Immediately after the press conference, Republic TV had announced that it will take legal action against the Police Commissioner.

Waving the copies of the FIR, Arnab Goswami asked for the resignation of the Police Commissioner, who, earlier in the day, claimed that police had evidence against Republic TV. Republic said that the channel’s name mentioned in the FIR was India Today.

With the matter taking both a political and legal turn, industry observers feel the entire news genre will be at a real loss.

“What used to be a tool for media planning and buying is now being consumed by the public as a showdown tool. It is not that this is the first arrest for meter tampering but a press conference by Police Commissioner claiming he has evidence against Republic TV and then the spin given in this matter by the mention of India Today’s name in the FIR has made the case high profile. Also, the Police Commissioner threatening advertisers with interrogation will not go down well with the advertisers,” said a broadcast industry veteran on the condition of anonymity.

A few of the industry leaders who contributed to the formation of the joint industry body for television audience measurement, BARC India, say the way the matter is being blown out of proportion will hurt BARC more than anyone else.

“The entire controversy may result in loss of credibility of the institution in the public eye and can allow government authorities to press their agenda against the ratings body,” an industry observer said.

Pointing out the Police Commissioner’s claim that the viewership analysis shared by BARC India had an unusual spike in Republic TV and the two other channels’ viewership, another industry expert told BestMediaInfo.com that BARC India’s silence would harm itself.

The expert said BARC India must come out with answers to basic questions such as:

1. Was the unusual spike handled at the outlier exclusion level before sharing the analysis with the police?

2. Considering the case was filed by independent agency Hansa against its employee and the matter turned out to be a high-profile meter tampering, was BARC India caught sleeping and reduced to be a respondent or a party in this case and not a plaintiff?