How difficult has it become to shoot ad films with celebrities amid all the Covid restrictions and the fear of getting infected? BestMediaInfo.com talks to creative and experts to find out 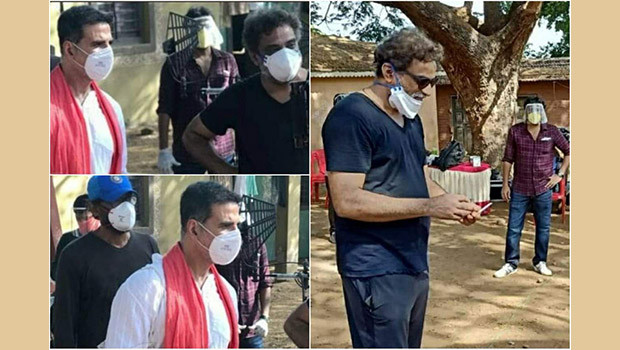 But shooting with celebrities amid all the restrictions because of Covid hasn’t been easy, which seems to have affected the quality of creatives. BestMediaInfo.com talks to experts to get to the root of the issue. Sumanto Chattopadhyay, Chairman and CCO at 82.5 Communications, said shooting with celebrities is a challenge because there are many requirements from their end. Not many stars are ready to take the risk of shooting. It happened majorly after the Bachchans got infected by Covid-19, and celebrities started shying away from shooting after the incident.

He said that safety protocols, right from the van to the studio and Covid tests of the crew, add to the expenses and time. The challenge is compounded by the challenges of shooting with a celebrity.

KV Sridhar, Global CCO at Nihilent Hypercollective, said celebrities are not to be blamed here. Unlike earlier times, stars are more generous in giving time for ad film shoots. "Now time is not a constraint, but the number of people working around the celebrities on the set is," he said.

It is difficult to make the films grand as massive setups are out of question and shoots are confined to celebrities' homes, or one or two locations, said Dalbir Singh, Founder of Kiss Films. Sharing an incident, Taj Ali Naqvi, Director (Films and Productions) at Isobar, said the agency shot with Boman Irani for the Max Bupa – ‘Ignore Nahi Insure Karo’ campaign film. It was shot in his house, ensuring all precautionary measures, and no one was allowed inside. Equipment had to reach his place 48 hours before the shoot for proper sanitisation. "As a celebrity, he was very supportive. The costume used in the film was from his own wardrobe," said Naqvi.

Another challenge of shooting at their homes is writing scripts that celebrities can pick up easily, creating storylines that can be shot on Chroma and further edited using graphics. In fact, most of the advertising today, barring a very few, don't have combination shots. Karthik Nagarajan, Chief Content Officer at Wavemaker India, pointed out that it has been challenging for sure but not so much because of celebrities. He said the challenges are more logistical in nature. "We have worked with some amazing celebrities for brands like Royal Stag and Myntra, and they have been very cooperative."

In an ad film shoot, when there's a celebrity involved, clients have a very strong point of view where they suggest shots according to their experience. The celebrities these days complain about not having directors, agency and the client on the set, and midway make changes in the script without discussing with them. It usually gets routed through the agency to the director. The agencies then manage all the situations over video calls from a remote location.

These kinds of discussions are challenging over video calls. When you are face to face with the celebrity, it's easier and better. Chattopadhyay said coordination can happen through video calls but examining the nuances of the actors' expressions is a challenge.

"Later, you realise that it could have been better. These challenges are there with any shoots, but you can't let celebrities do many retakes; they lose patience after a while," Chattopadhyay said.

Cost and time constraints add to the pressure of telling a story. Brands have to make the most of their 10-20 second window on TV. Many brands believe that having celebrity faces in ads can amplify the impact of 10-20 second ads. But Sridhar believes otherwise, "The average FCT you get today is very less and tiny. No client is ready to buy more than 20 seconds of space. They want 20 seconds to run five times rather than 60 seconds twice. We think celebrities are the answer. They cannot save their own film, how they will save an ad or a brand?"

If one has to consider only the cost of working with celebrities on the sets, leaving other production costs aside, it has definitely come down in comparison to the past.

Sridhar said it costs nothing to give PPE kits, masks and sanitisers to people who work on sets compared to the cost incurred in arranging tea and coffee in normal days for celebrities.

Tags: Getting behind the scenes ad shoots during pandemic
Advertisment
More from this section