Industry leaders express gratitude to the Central Government over the decision. Cinemas can reopen outside containment zones with 50% capacity from October 15 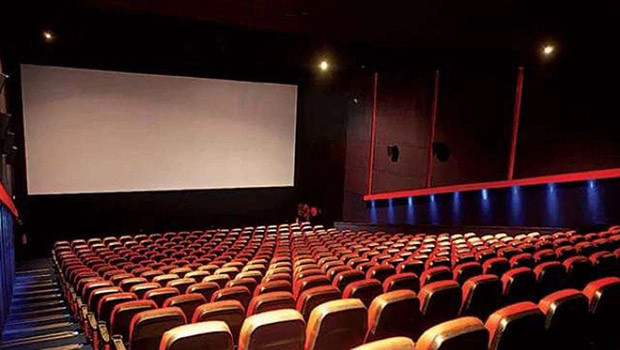 The Ministry of Home Affairs on Wednesday announced that cinemas, theatres, and multiplexes that were shut since March due to the Covid-19 pandemic can reopen outside containment zones with 50% capacity from October 15. The SOPs for the reopening will be issued by the Ministry of Information and Broadcasting.

The Maharashtra Government on its part, however, said cinema halls will remain closed as it announced newer unlock guidelines.

The decision has been welcomed by stakeholders and people associated with the film industry, who had been appealing to the Government to reopen theatres.

He said people are tired of sitting and working from home and are dying to go to cinemas. He said the theatres are ready to follow the SOPs to ensure the safety of people.

Agarwal said the Maharashtra Government must reconsider its decision as theatres have a much more controlled environment to minimise the spread of the virus.

“The Maharashtra Government has declared that it will open restaurants with 50% capacity. Railways might also start soon. I’m sure the state Government will look at its decision. The environment at cinemas is much more controlled compared to railways and restaurants. I'm sure when the State Government is considering reopening restaurants, where people sit in front of each other and talk, and the railways, where there is no control, in the next one week or 10 days or before the festive season, it will also consider the reopening of cinemas,” he added.

Agarwal said as many people are dependent on cinemas for their livelihood, reopening them would save jobs. “Mumbai is the hub of the cinema industry. If Maharashtra doesn't start, technically nothing is going to start. This might result in a lot of job losses. Hundreds and thousands of people are directly and indirectly involved in the cinema industry. Looking at the data, 400 single screens have shut down in the state in the last 10 years. If they don’t reopen now, we are in a very vulnerable situation where more screens might shut and result in more job losses. I think it will be great support from the State Government if it can help arrest this closure and loss of employment.” Ashish Saksena, COO, Cinemas, BookMyShow, said they will uphold the safety of people and will follow all SOPs mandated. He said they have been closely working with all partners across the cinema industry to build measures for a safe and healthy movie-viewing experience. He said the move will bring immense relief to scores of employees across the sector, which has been one of the worst-hit through this pandemic.

“As the category leader, BookMyShow recognises that we are in extraordinary times and is mindful of social distancing and sanitisation amongst other factors. The health and safety of all — from cine-goers to cinema partners, production houses, and execution agencies — will be of paramount importance and BookMyShow will uphold all SOPs as mandated for a safe movie-watching experience of our users.”

“There is no doubt that India’s love for cinema is celebrated the world over, with movies forming the core DNA of the Indian consumers’ mindset when it comes to out-of-home entertainment. As the situation improves and with the festive season upon us, we are confident films will return to the big screen, where they truly belong and the movie-watching experience will pick up in our country, yet again,” he added.

Huge thanks to PM Shri @NarendraModi, Shri @AmitShah @PrakashJavdekar for allowing Cinemas to operate in #Unlock5.

We are all excited and geared up, waiting to swing back in action, for doing what we love to do, entertain India!

Rahul Puri, Managing Director, Mukta Arts, said this is a huge step by the Government and will boost the sector that has been closed for six months. He said the 50% capacity will allow cinemas to operate in a flexible manner.

According to Puri, this is not a quick fix as many states like Maharashtra have not allowed the cinemas to reopen and the content distribution will look less optimal. “However, the near term does allow cinemas to start to rebuild consumer faith by showing that theatres can be a healthy and safe space for people to once again reach out to for the entertainment they love.”

“We will now see what kind of content distributors bring up. I would suggest this would be mostly English and some regional content for the short term and then maybe some pan-India Hindi content coming, when all states allow operation in a month or so. Till then cinemas will need to invest in their safety and upkeep to be prepared when big, awaited films return and bring audiences with them. This is good news and now it is over to cinemas to ensure that they build on it quickly and strongly,” he added.