Commentary: Government’s overzealous TRP probe may end up being a death knell for BARC India

The over-enthusiasm shown by both the Uttar Pradesh and Maharashtra governments in probing the fake TRP cases has made it a pure-play political issue that has nothing to do with the larger good of the broadcasting industry. The ultimate causality of these probes could be India’s TV audience measurement system 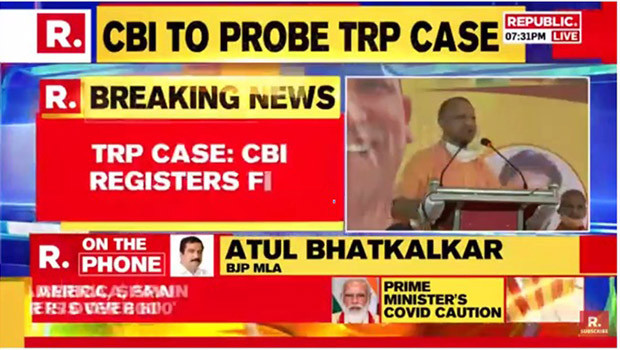 It’s a political slugfest being rolled out in the name of probing the fake TV news viewership rating scam.

As the Central Bureau of Investigation (CBI) took over a case of fake TRPs being probed by the Uttar Pradesh Police on Tuesday, eyeballs have started rolling out on whether it has become a direct fight between the Shiv Sena, NCP and Congress-ruled Maharashtra Government and the NDA-ruled the central government.

News channels getting political patronage has never been a hidden fact. However, it is the first time that the ruling governments have acted against or come in support of news channels so openly.

Instead of putting the TV news broadcasting industry in the right direction, the unnecessary intervention by the government agencies may end up polarising the industry even more.

The complaints related to manipulating of TRP data and infiltration of the BARC metered homes have otherwise been quite usual in nature. The industry and the audience measurement body, BARC, however, could have done something to ensure the rating system was fool-proof. But then it was business as usual for everyone.

The issue went out of the industry’s hands the day Mumbai Police filed an FIR against channels, alleging the tampering of the viewership data. The issue that would have otherwise been handled at the industry level was turned into a full-blown criminal matter of such importance that Mumbai Police Commissioner Param Bir Singh was seen to be leading it himself.

And if that wasn’t enough, now another case of a similar nature, filed by the promoter of a small-time ad agency, has been given to the Central Bureau of Investigation by the Uttar Pradesh Government. What impact is the CBI probe is going to have on the ongoing Mumbai Police probe will be known in coming days. But is the news channel TRP the only issue these state governments are concerned about?

The ongoing probes may have a far-reaching impact on the overall broadcasting industry as the functioning of BARC has come under the purview of the law enforcement and investigative agencies.

As one could assume, the government may take control of BARC India or intervene in the joint industry body’s operations in the name of national interest. Either way, the industry will lose as its self-regulation mechanism would be under question and the audience measurement system will lose its credibility, leaving advertisers with no transparent mechanism of knowing the ratings.

The industry veterans who have contributed to the formation of the TV measurement currency must protect what they created and find out a way to save the institution. They must find out answers to a few basic questions industry is asking.

Was approaching the police for a level-1 case, which is not even worthy to be informed to the BARC India board, overzealous on the part of BARC India management?

Even after handling such matters over a hundred times quite maturely in the past, what made BARC India now think it was “the” eureka moment for them instead of being ashamed of the hole in system where the employee of Hansa keeps one barometer at his home?

As if system leaks were not enough, the industry witnessed communication and information leaks, including the leak of discom decision to opindia.

The industry bodies and owners of BARC India — IBF, AAAI and ISA — must act swiftly to repair the leaks first rather than thinking that the matter has gone out of their hands. In the past and even now, the shareholders have shown their laidback attitude in resolving issues which can be the death knell for the institution.