Get ready to watch your favourite Hollywood movies and celebrate this festive season with Movies Now, MNX and Romedy Now 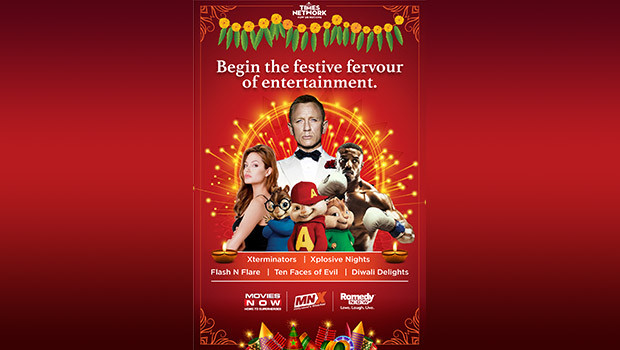 With the festive season around the corner, Times Network English entertainment channels — Movies Now, MNX and Romedy Now —have announced a special programming line-up, bringing an eclectic mix of movies to  keep viewers entertained and engaged this Dussehra and Diwali. The channels will present a perfect opportunity for the viewers to spend this festive season with their families and binge-watch their all-time favourite Hollywood movies.

Kick-starting the Dussehra season, Movies Now and MNX brings an exciting selection of Hollywood blockbusters that will air every night at 9 pm from October 16-25.  Celebrating the victory of good over evil, Movies Now is all set to air Terminator 3, Star Wars, Hell Boy, Evil Dead and Venom among others, under its special property ‘Ten Faces of Evil’. With ‘X-Terminators’, MNX will air super hits such as Daredevil, Equalizer II, Hollowman and Universal Soldier: Day of Reckoning among others.

Gearing up for the festival of lights, Diwali, Movies Now adds sparkle to the celebration with ‘Flash N’ Flare’, starting  October 26, every night at 9pm and will air action-packed movies, including Creed II, Hancock, Alpha and Spectre.  Offering viewers an electrifying experience, MNX adds to the Diwali blast with Xplosive Nights, which will air some of the unmissable Hollywood megahits, including Bad Boys, Knight and Day, Hobbit and Superfly, from October 26-November 15 every night at 9 pm.

Lighting up this Diwali with the best of visual treat for the viewers, Romedy Now brings ‘Diwali Delights’, starting November 1-14 every night at 9pm. The property will air some of the most wholesome Hollywood movies, including Marley & Me, First Daughter, Love & Other Drugs, Down With Love, Burnt and Bride Wars.